Media professional Robyne Young has enjoyed a diverse career in journalism and public relations, even working with the Australian Olympic Team as a senior media officer.

The talented writer has also turned author, writing short stories and poetry and is now sharing her skills in a series of creative writing workshops for adults, titled ‘Write Freely’. Kylie King caught up with her.

You’ve had a diverse career in journalism, writing, lecturing and public relations – what have been the highlights?

Working in regional news across newspapers, television and radio will always be a part of my career that taught me the most about being a writer and telling a story. There’s responsibility but also a great opportunity to be a conduit for information in a community.

In 1998 I was awarded the Albury Business and Professional Women’s Career Woman of the Year Award. That’s always something I’ll be very proud of, and having my family there including my parents was a very special moment. I was studying for my first masters, was teaching in media and ran my own consultancy. I dubbed it my Mad Woman of the Year award!

Of course being a senior media officer with the Australian Olympic team in Sydney and Athens will not only be career, but life highlights.

I remember when I was first approached to do this, and thought who me? I’d been a regional journalist and done some events prior to that, so the thought was a little overwhelming, but to be part of this international event, telling the story of our athletes was a great honour.

What were some of the memorable moments for you during the Sydney Olympics?

It was a month of memorable moments! But if I have to choose a few I’d choose those moments when I organised post event media conferences, or that I spent with our athletes to talk to them after their triumphs and sometimes defeats for stories for A.S.P.I.R.E. – the official newsletter of the Australian Olympic team.

On the night of the final of the inaugural Olympic trampolining competition, 23 year-old trampoliner, Ji Wallace went into the event in fourth place after the compulsory and optional sections of the competition. Like many of our athletes at the games Ji lifted in response to crowd support and finished with a silver medal.

Not only was it our first in trampolining, but it was also Australia’s first ever gymnastics medal in Olympics competition. It was incredible to be there on that night and then to organise his post event media conference.

With walker, Jane Saville, there were no joyous celebrations, but I’ll always remember interviewing her, and her grace and demeanour less than 24 hours after her heartbreaking disqualification in the 20 kilometre road walk stands out.

She was leading the field and had less than 300 metres left to walk. She entered the capacity filled stadium to the most incredible roar and just as she entered she was issued with the card. I don’t think anyone who watched that moment will forget her reaction at that moment.

And of course, being in the stadium for Cathy Freeman’s history making win in the 400 metres is something I’ll never forget. Having the position I had we were allocated space in the media area, and I sat only four rows back and in line with the finish line. When Cathy came out onto the track that night, there was no way she was going to lose.

As an author and creative writer, what works have you published?

As with the rest of my life, I’m a bit eclectic in my creative writing and enjoy writing flash (very short), short fiction and poetry. To date I’ve had stories published in a number of Australian print and online journals, and was also very proud to have my work included in an anthology of local writers, New Albury Writing a number of years ago.

I’m really excited that a poem of mine, No Room, will be internationally published next year in a joint Romanian-Australian anthology, On the Wallaby Track, to be launched in Sydney in March. 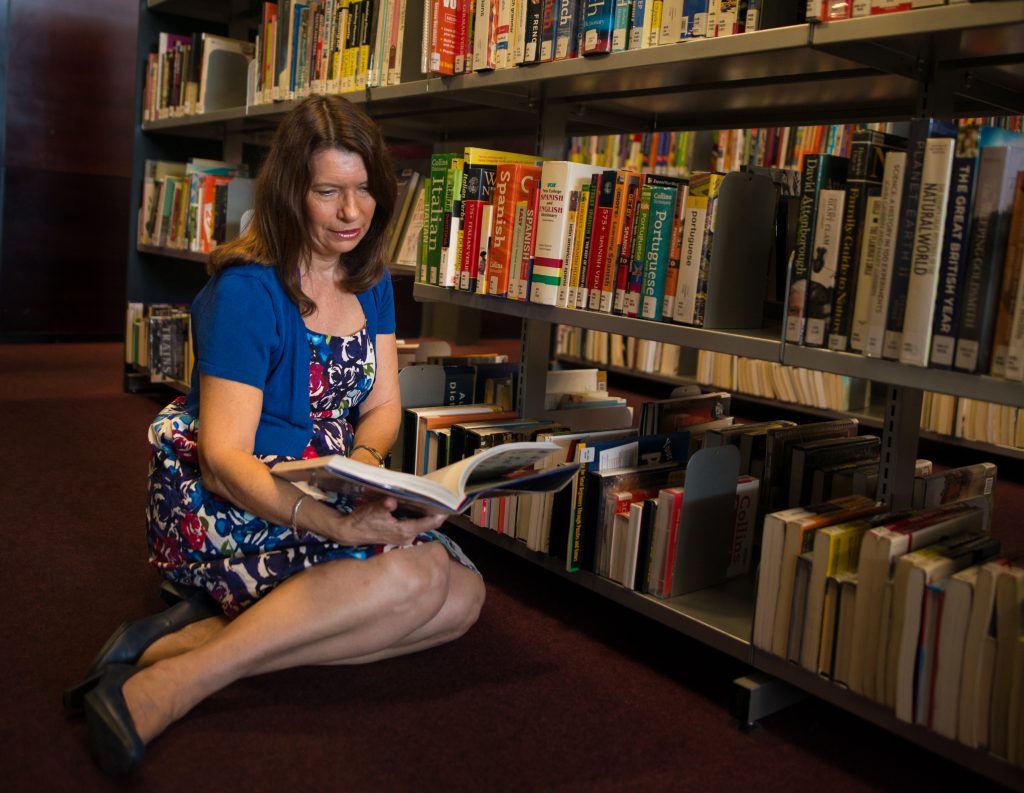 I’ve published two collections of short stories, The Basket and the Briefcase and The Only Constant. My major writing project at the moment is an extension of my Masters project I wrote in 2013 and is inspired by the story of my great-grandfather, an indigenous Fijian, coming to Australia in 1876 as an eight year old orphan. I also have another couple of novels started and aim to move those along in the next couple of years.

You’re running some local writing workshops, what’s involved and who can participate?

I’m really excited about these as I really love sharing the joy of words and writing with people. My main aim with these is for people to be more relaxed about writing so I’ve called them ‘Write Freely’.

Over the six weeks we’ll work using exercises and other prompts, and people will be able to create a toolbox of skills they can use beyond the workshops.

Whether people want to write fiction or non-fiction, poetry or memoir, the group will be small enough for me to give individual participants the attention they need.

Mostly I want people to grow in confidence with their writing, but to also meet in an environment that’s respectful. Whatever age they are I’d love to see them at the Thurgoona Community Centre. I’ll also be running this program later in the year at Wodonga Library on a Saturday morning so that it’s accessible to people who might be working during the week.

You are also a regular contributor for this publication, Border Cafe, are you enjoying that?

I mentioned earlier about that opportunity as a regional journalist to share stories about the community, but of course there were times that with the nature of news this meant reporting on some really tragic events that involved people in our community.