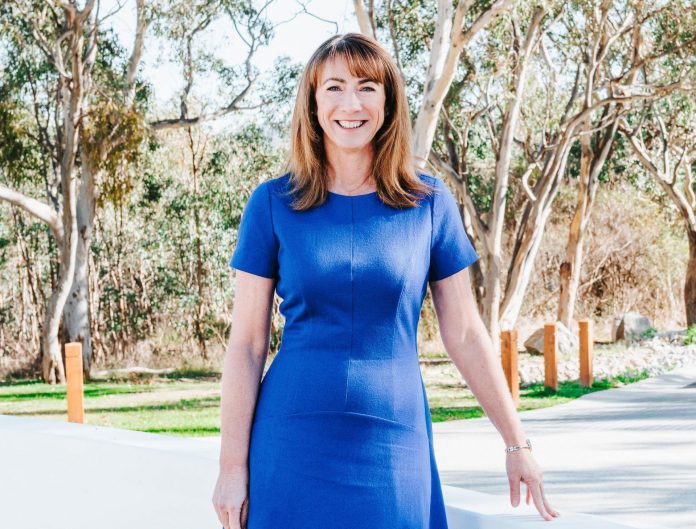 Businesswoman and bordercafe.com.au founder Kylie King will run for September’s AlburyCity Council elections. Kylie will lead a group ticket that also features another well-known advocate for Albury as her running mate, Steve Bowen.

Kylie first moved to Albury from Gippsland in 1995 to take up a role as Prime News Sports presenter. After a stint working for Ten News and Sports Tonight in Melbourne, she returned to Albury as a freelance motorsport reporter. She is perhaps best known now as breakfast co-host on 2AY.

“Ever since I first moved to Albury as a young reporter in 1995 I immediately felt welcome. I’d now like to give back to a community that has given me so much, by adding a respectful and objective voice to AlburyCity Council,” Kylie said.

“As a breakfast co-host on 2AY, I’ve been in the privileged position of interviewing locals from all walks of life. From politicians, community and business leaders, volunteers and event organisers to everyday locals dealing with the housing rental crisis and Border closures. I have a strong finger on the pulse of how Albury feels.

“I am committed to the community and have volunteered my time as an emcee at a variety of charity, business, sporting and not-for-profit events including Upper Murray Family Care (UMFC), Brave Hearts on the Murray and Albury Wodonga Regional Cancer Centre.

Kylie has also been a committee member of the Young Achiever Awards, The James McQuillan Future Fund, The Big Day Off and Table Top Tennis Club. She was also a founding contributor to the formation of Women in Chamber, now known as Business Women Albury Wodonga.

In 2017 Kylie also created a local online lifestyle magazine bordercafe.com.au, inviting readers to be inspired by the people, places and events in Albury Wodonga and surrounds and supporting and promoting local events and businesses.

“I am a community minded person and I am keen to offer a professional, positive and approachable representation for our community,” says Kylie.

Kylie is delighted that Steve Bowen, who has been approached to run for council on numerous occasions, has agreed to be on her ticket, as number two.

“His energy and enthusiasm is infectious,” says Kylie.

“Steve has supported countless charity and fundraising projects over many years, and was honoured as Albury Citizen of the Year in 2007 which speaks volumes about his standing in this community.”

Steve says the time is right for him to run, and is looking forward to adding his experience and energy to council.

“Kylie is someone who I really relate to and connect well with,” says Steve.

“Together I think we’ll be a formidable team to help give back to the community and propel Albury into the future.”

Rhiannon Veness has a background in corporate communications, marketing, media and business and has been a committee member on Hume Bank City2City RunWalk.

Aimee Chan is a writer, content creator and project manager. She has created public art installations, such as the Our First Responders mural in High Street Wodonga, and has volunteered for multiple community and educational organisations.

Taneesha Smith is a recent bachelor’s degree graduate of Latrobe University Wodonga, currently working in the medical and marketing industries. She is also a volunteer with Ovens & Murray Football Club, Albury Tigers.

“I believe our team offers such diversity,” Kylie said.

“We each bring a range of different experiences and perspectives that reflect our Albury community. As a team, we’re committed to listening to our community and making informed decision to benefit as many people in Albury as possible.

“We’d love the support of the community on election day, as we strive to build on the liveability of this vibrant city.”