Our home grown Flying Fruit Fly Circus continues to soar, with its latest show, Junk, taking to the stages of the Sydney Opera House this month, and the Arts Centre Melbourne in September.

Border Cafe caught up with Executive Director, Richard Hull about the show and the sometimes delicate balancing act of Fruit Flies being a regional and a national circus company.

When Richard Hull took up the reins of the Fruit Fly Circus just over five years ago he found that although the circus of young performers was much loved, the local community wanted to see more of them.

“They would hear that we were performing in other parts of Australia and overseas, but they wanted to see more of ‘their’ circus,” Richard said.

“So we made a commitment that we would always perform our major works to our local community first, and so that’s what we did. It was also part of our agreement as Circus in Residence at The Cube.”

The move has been the right one. Junk played at the City of Wodonga venue in October last year enthralling the audience from toddlers through to teens and senior citizens with its story of a modern-day boy who finds himself in an abandoned junkyard inhabited by the spirits of children from the 1940’s.

“Our Artistic Director Jodie Farrugia came up with the concept, and then the kids went along to Westmont Aged Care and interviewed residents there about the games they played as children.

“All of the stories were about playing outside – from that knock on the door and the question, can you come out to play? No one played inside. It was all about climbing trees and playing in the creek, cycling for miles to somewhere and cycling back with no adult supervision at all. And they were all regional stories from around here, our area. These formed the narrative of Junk,” Richard said.

The show has been condensed for the smaller space of The Studio at the Opera House and expanded for the larger stage at the Playhouse at the Arts Centre Melbourne. The Studio has been home to the circus since it was given its ‘Circus in Residence’ status at the iconic building.

Richard said this partnership with the Opera House which began with the performance of ‘Circus Under My Bed’ has positive benefits for both organisations.

“Having the Fruit Flies in your building is a unique experience. There’s a lot of energy – a lot of positivity – and some innocence and enthusiasm that ripples out throughout the organisation, which I think comes as sort of a blessed relief and a surprise to those crews and those producers and those cynical arts professionals who are used to dealing with adults.

“There’s a freshness to the Fruit Flies that I think is infectious and so they said ‘How can we have you around more? How can you be in the building more? How can we make sure that you come back and perform more?

“There’s a number of things we do in between those performances around mentoring of our young artists – particularly our graduating artists, giving them support.

“We did a show last year which gave five of our graduates their first professional contracts and that was in partnership with the Opera House. The OH bring their teams here and have planning days outside of Sydney and have team building workshops out of the floor – so it’s a symbiotic relationship,” he said.

Richard said the company’s dual personality as a regional and national company presented a challenge, but there were great advantages in the company having a leadership role including holding the National Training Project from Sunday 3 July. 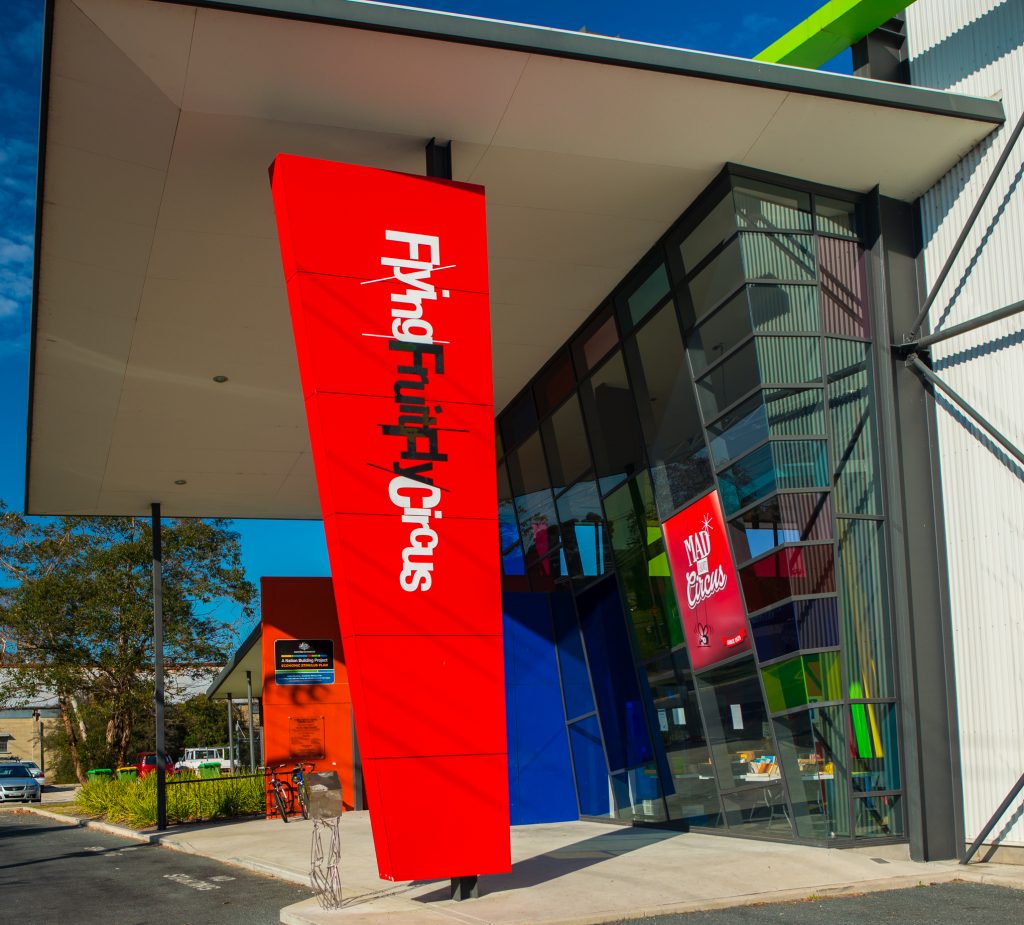 “This gets bigger every year with people involved in circus throughout Australia coming to use our elite level training facilities. It’s a chance for the circus community to get together, make friends and be creative.

“We’re very excited this year to be flying in trainers from Quebec and Montreal and we’ll have other trainers join us from Melbourne, Sydney and Brisbane.”

For information for the performances of Junk:
http://fruitflycircus.com.au/2016/10/20/junk