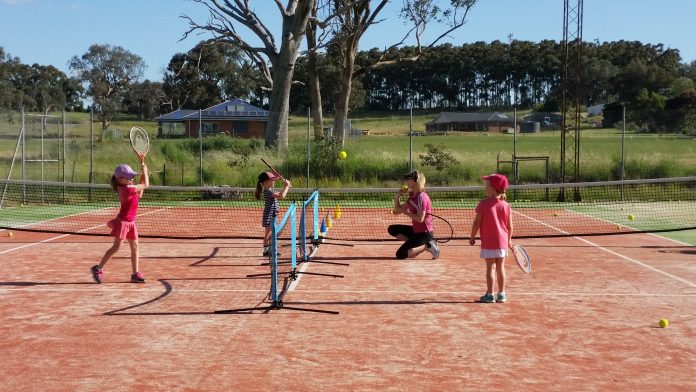 A small community tennis club nestled near the famous Ettamogah Pub is becoming a local attraction in its own right.

The sport of tennis shows no sign of losing interest from young players at Table Top, North of Albury with the small community tennis club enjoying a surge in juniors.

Club President John O’Neill says it’s typical of the community spirit you see in the country, with sport playing a role in connecting families.

“Our club has grown in the past five or six years, where not only have we introduced two junior teams into competition tennis on a Saturday, but we also have coaching for juniors on a Thursday night in the summer months,” he said.

“We find the coaching brings kids to the club to enjoy their tennis, socialise with other kids and also get their family involved if they want to play competition.

“It’s the charm of a nice country tennis club, where it’s mixed teams, with different grades and abilities where the whole family can play.

As with most sporting clubs, fundraising plays a big role in supporting the Table Top Tennis Club and this year they secured popular host and entertainer Steve Bowen for their annual trivia night.

“Stevie Bowen is a very keen tennis player with a wicked left arm on the tennis court,” says John.

“He’s a really busy guy who loves his tennis and loves giving back to the community, especially grass roots sports clubs and the like, so we’re lucky to have him board to help run our trivia night.”