Each Thursday, Friday and Saturday nights during the warmer months, several mobile food trucks, showcasing a variety of cuisines will feature in a purpose built alfresco area outside the bistro area of the SS&A.

Among the food trucks at Albury Street Food & Bar is one run by SS&A Executive Chef, Justin Hope. 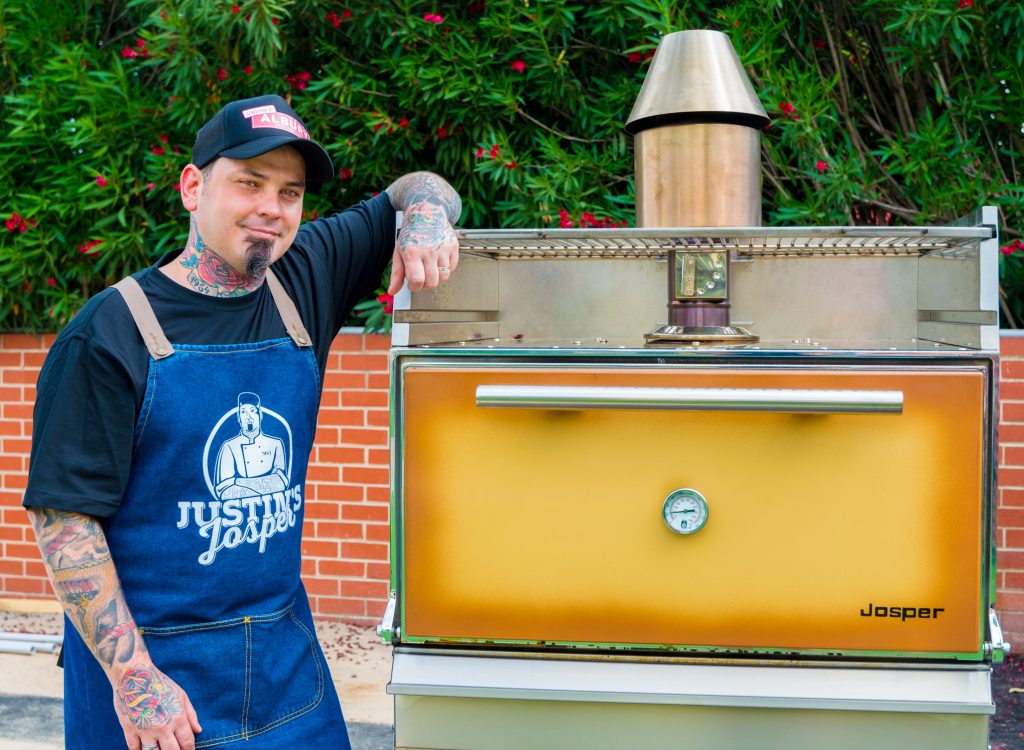 He will initially feature modern American BBQ style food – think wings, ribs, and other slow cooked meaty treats – but the real star of the show is not so much the food, but the oven, known as a Josper, the dishes will be cooked on.

“It takes a couple of 20 kilo bags of charcoal just to get it fired up, but runs without electricity or gas, just the charcoal. It gets all the charcoal flavour through the meat – anything you put in there, pizza, prawns, everything.

“The only other place I know of in NSW that has a Josper oven is in Sydney.”

“It allows us to do a bit more funkier food and opens up a few new options. For example, a lot of places won’t do tomahawks (massive rib eye steak) because of the cooking time involved. The Josper allows us to cook a 1.5 kilo tomahawk in 15 minutes.” 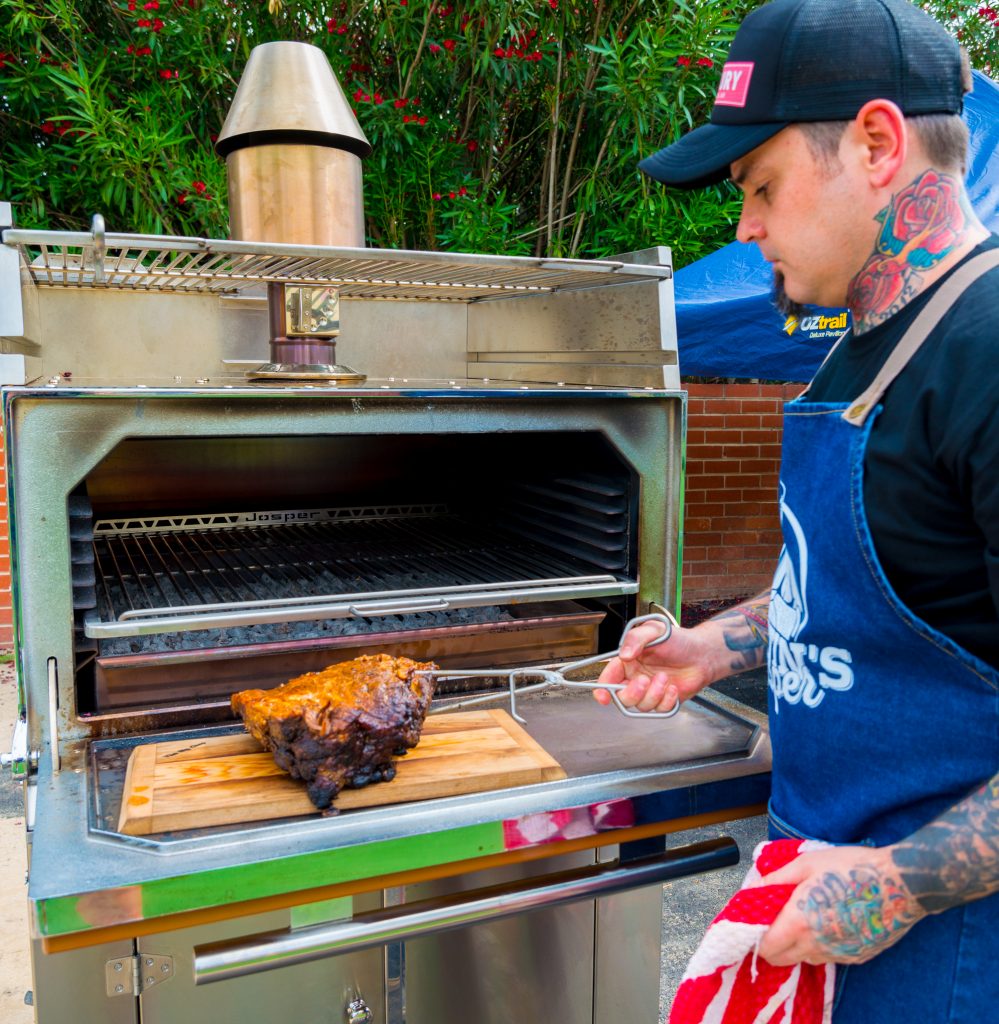 While Justin’s Josper will be a regular feature at the street food & bar, (and later installed into the newly renovated inside food and beverage precinct) the Executive Chef is also working with other local chefs and food vendors to join him in the new space.

“It will be great to bring a few local vendors together and get networking with a few other chefs in the area in a great new outdoor space.

“It’s going to be like going to one of your mates that has a nice fully decked out outdoor area, the only difference is you’ll have a few more bars and a few different food venues.

“People love to eat outside this time of the year and that’s probably the big appeal for an area like this.

“It’s a bit more of a family environment with the kids running around and the parents just enjoying the broad range of cuisines in the one venue.”

The vision for the new space is to encourage diversity.

“Some of the popular styles around the major cities are Vietnamese street food, so we want to see some of this,” Justin said.

“We even have Vietnamese chefs here at the SS&A. American BBQ is a hot topic at the moment. Burgers are always on trend, good quality burgers just evolve, and good quality pizza will probably be a popular one.”

The Albury Street Food & Bar will also allow Justin and his team to gain feedback about the styles of cuisine to include inside the venue’s food & beverage precinct once kitchen renovations are completed.

“We’re going to be doing it hard for a good eight months probably while renovations are in effect,” Justin said.

“The kitchen will be shut down in phases, during those renovation times, but in the meantime we get to play outside, get the Josper used to being here, and test the waters to find out the kind of food our customers might like to put inside the venue when the new food area re-opens.”