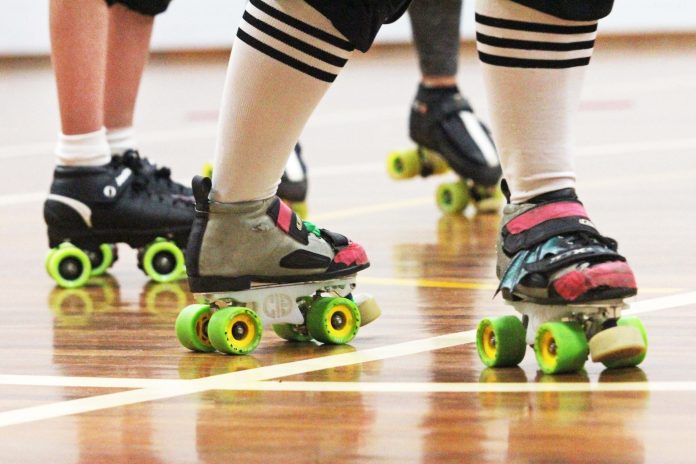 Skip straight skating and roll over rugby – meet a sport that’s a bit like both but not quite like anything else, and that’s the attraction.

Members of Murray River Derby Dames have been strapping on four wheels and crash gear in Albury for the past eight years, giving girls and women the chance to participate in roller derby, a team sport that often clicks with those who aren’t traditionally ‘sporty.’ 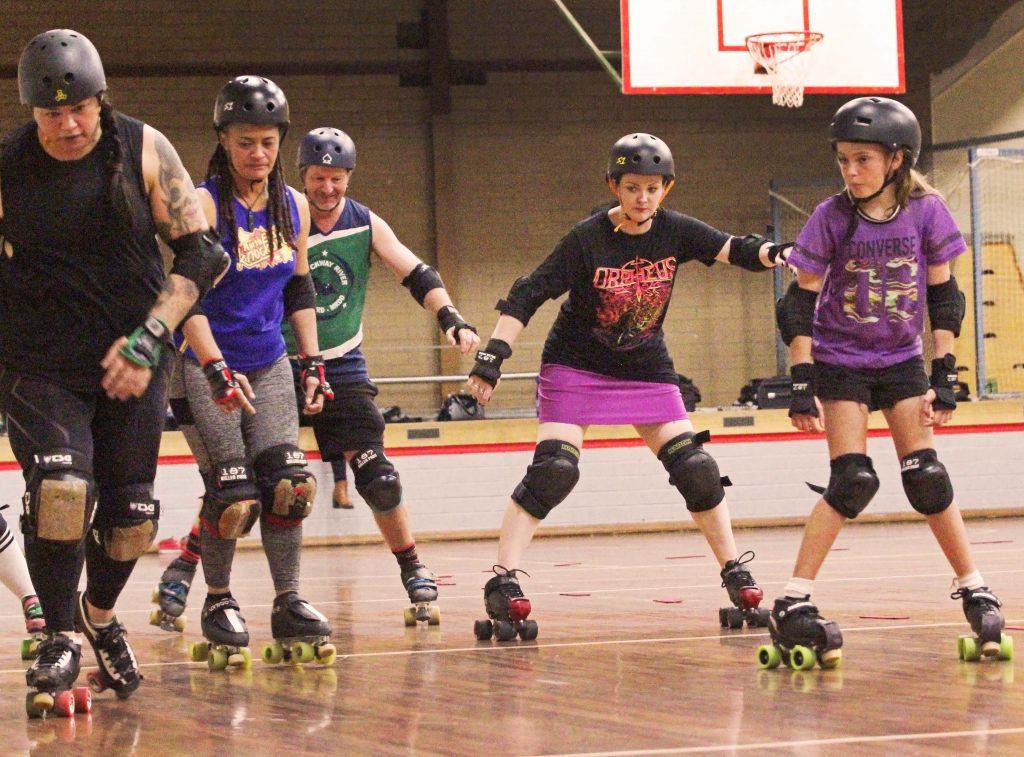 In an organised game, teams of five players working in a formation of four ‘blockers’ and one ‘jammer’ roll and push through a human wall in a race against an opposing player to score points.

Although there aren’t currently enough numbers in Albury Wodonga to sustain a league (the closest is in Wangaratta), the Dames practice once a week at the Police Citizens Youth Club to run through skating drills and team tactics.

With so many helmets and guards for mouths, wrists, knees and elbows it looks like a battleground but the training moves are surprisingly graceful – in slow-motion, anyhow – aiming to steer opponents away rather than smack them to the ground.

Coach Geoff Wicks agrees it is not always as rough as it looks, with “a lot of sorrys said out there” when players knock each other over.

Along with the physical benefits of rollerskating and participating in a group activity, there is substantial personal growth that often happens through roller derby.

“There is a sense of accomplishment I think,” Geoff said. “When people start sometimes they can’t skate. When they play a game so much happens – they come off on a real high.”

The age of member ranges from 12 to mid 40s, with training sessions tailored to be inclusive and meet the skill level of whoever attends. 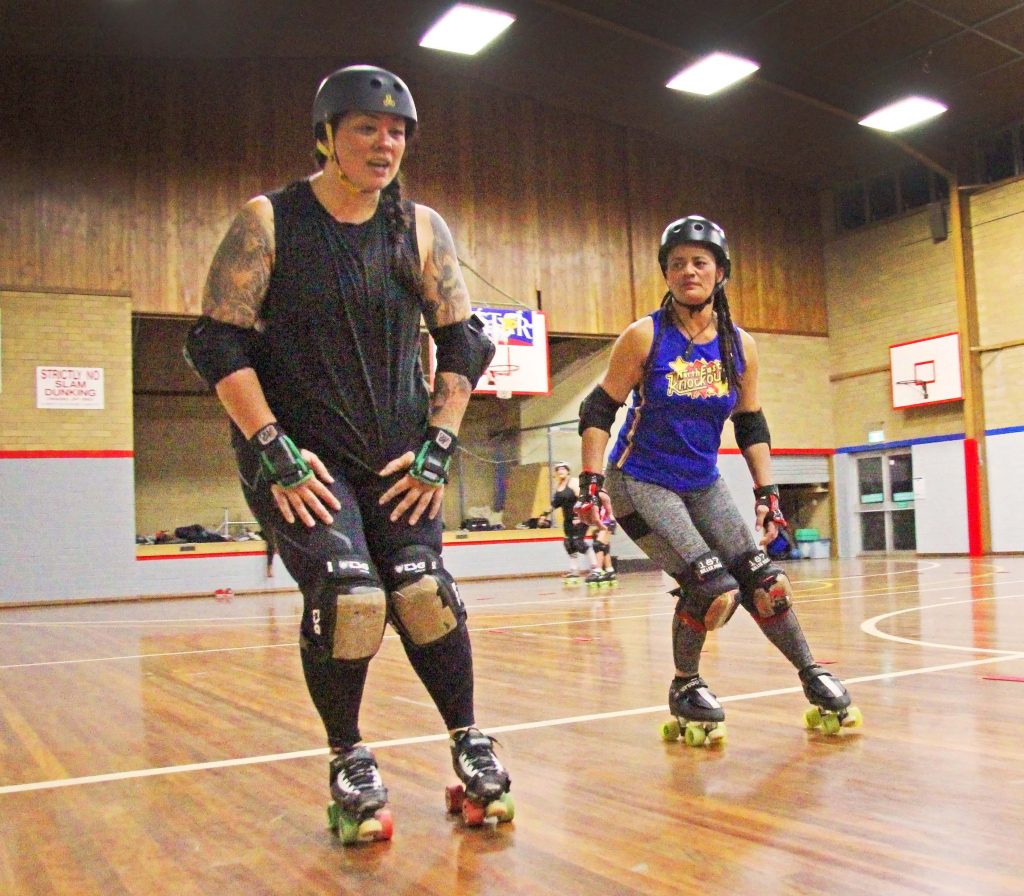 “It is very much a family-feel,” Geoff said.

Hayley Mooney, 12, is the youngest member of the Derby Dames and joined the club for training after watching the cult roller derby movie, “Whip It,” starring Drew Barrymore.

“She has tried other things but this is her passion,” according to Hayley’s mother, Melinda.

“Hayley can be shy but this has brought her out of her comfort zone,” she said.

The Murray River Derby Dames was one of the first regional clubs to form in Victoria. Enquiries are welcome: https://www.facebook.com/murrayriver.derbydames/