They have homework and after-school chores, but not many other teenagers have the same guitar sponsor as Garth Brooks, Bruce Springsteen and Bruno Mars.

What’s even more impressive, brother-sister duo, Eliza and Zac Spalding, of Wodonga, have only been performing for three years – something that has required their parents to become fast-learners of the music industry. 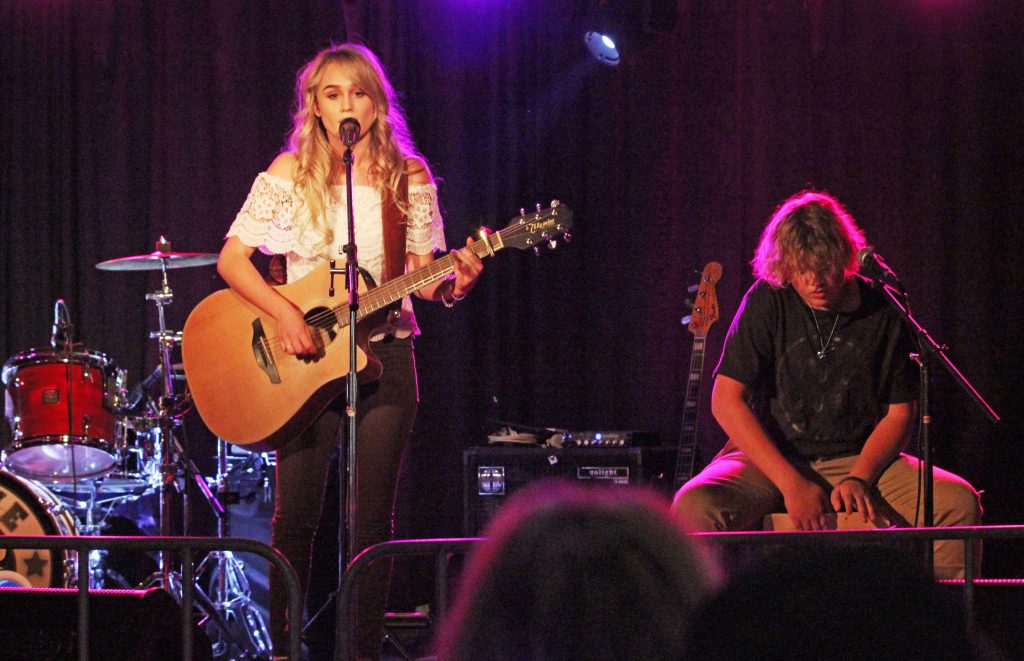 It was mother, Sandy, who kick-started the pair’s career by signing them up to entertain at a local charity Christmas event, soon after they had taken up guitar and vocal lessons.

Now they are so busy Sandy often steps in to keep their work-school-life balance in check by crossing off ‘no gig’ days in a jam-packed bookings calendar ranging from kindergartens and private functions to community events and larger festivals. 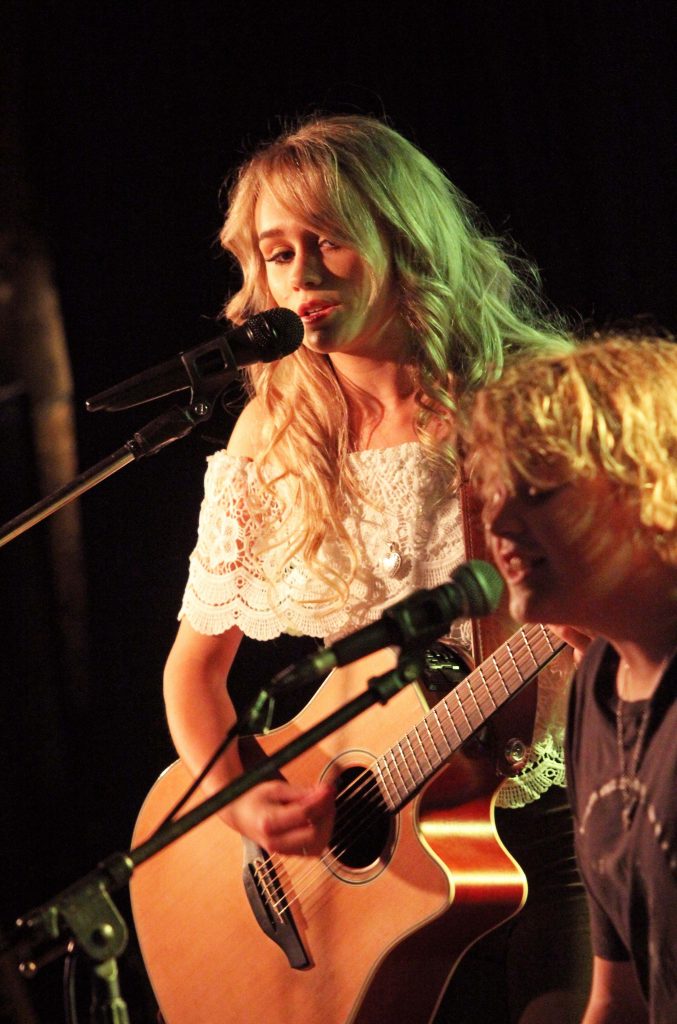 “Kids have to be kids,” Sandy said.

Eliza, 15, and Zac, 13, perform a mix of ‘modern country’ covers and several original songs, something that started one Father’s Day with a home-spun tribute song titled “Strong Hands, Warm Heart”, written for their dad-turned-manager, Andrew (affectionately known as ‘Dad-a-ger’), who also doubles as their ‘roadie’, promoter and booking agent.

The pair’s most recent song, “We Will Stand”, was also written from the heart after Zac returned from a rough day at school. Eliza grabbed her brother and a guitar and turned their love for music into a powerful anthem they recently performed on-air at ABC Murray Goulburn Murray studios.

“We have always been close,” Eliza said, something becomes evident when they harmonise vocals so precisely on stage.

Recently, Eliza and Zac performed at Kinross Woolshed at Thurgoona as a support act for renowned country rock singer, Jane Denham, who was Eliza’s mentor when she attended last year’s Country Music Academy at Tamworth.

Zac and Eliza have also been supporting act for Sara Storer, Carter & Carter and Bill Chambers (father of Kasey Chambers), who has also become a good friend and mentor of the family. 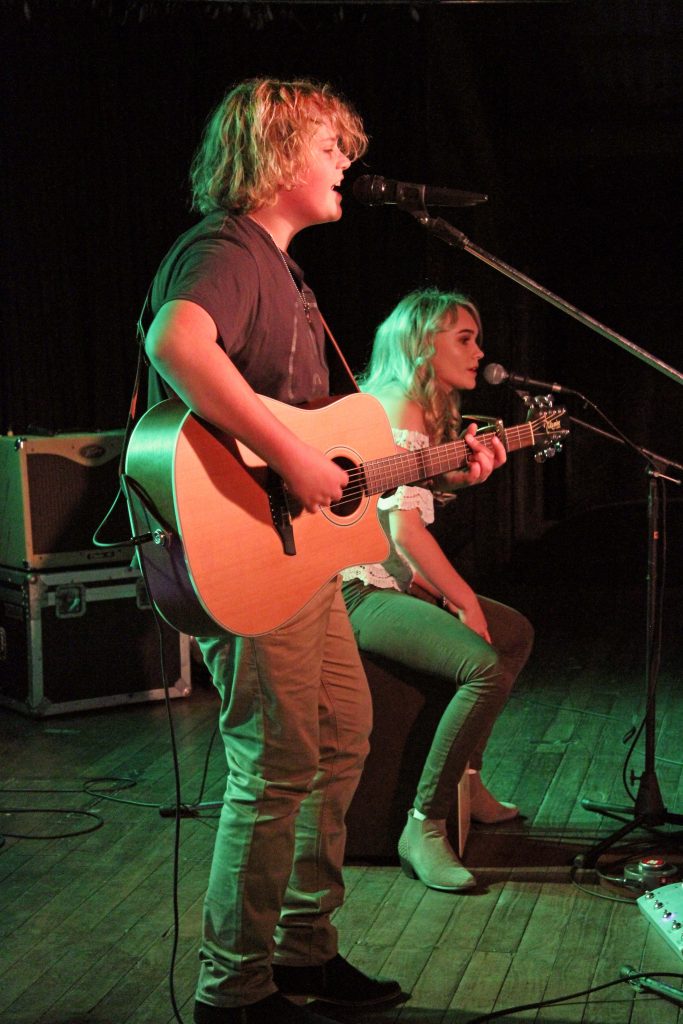 Another major sponsor and supporter, All Music in Albury, introduced the Spaldings to Pro Music Australia, the agent for Takamine (pronounced tak-ah-mee-nee) guitars.

Zac and Eliza are now one of the youngest acts in Australia to be taken on by the global guitar giant.

“They are wonderful ambassadors and are growing in their genre of music,” said Matt Corazzol of Pro Music Australia.

“They’ve got a unique sound and do a great job in different venues to promote the brand.”

To watch Zac and Eliza performing one of their original songs on ABC Goulburn Murray: https://www.facebook.com/ABCGoulburnMurray/videos/1656802754354947/