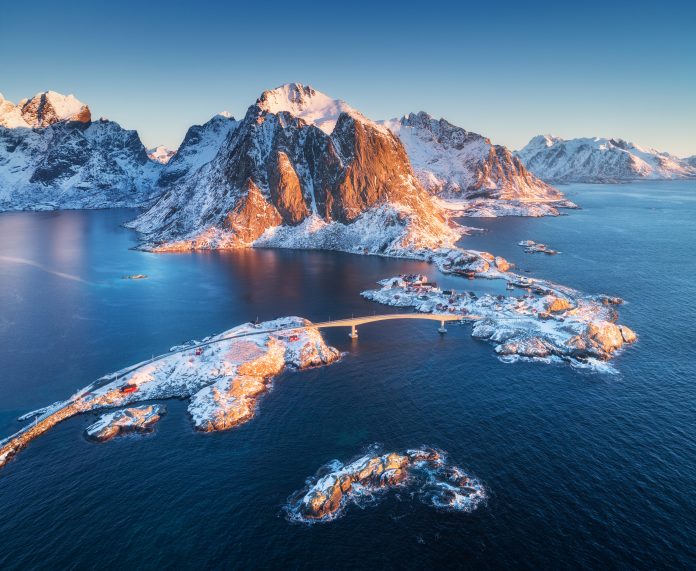 Four leading adventurers including a wingsuit pilot, a solo sailor, a climber and a trekking family will share their tales of exploration at an Australian Geographic presentation in Albury on 13 June.

Among those featured is Heather Swan, who recently became the first female to fly a wingsuit in Antarctica.

Heather says being a wingsuit pilot literally gives her a birds eye view of the most stunning scenery on the planet.

“It’s probably the most rewarding activity on earth, like transforming yourself into a big bird,” Heather said.

“Wingsuits have been around for a little while, but now they’re highly evolved, so that you can fly long distances by jumping out of a plane or if you’re lucky to be on a mountain high enough, you can launch from a mountain, and fly among the clouds and fly among the peaks just as if you were a bird.”

Heather admits it took a while for her to build up her confidence, but was inspired by her husband Glenn Singleman, who is a well-regarded skydiver and base jumper, setting the world record for high altitude base jumping in 1992.

“We’ve flown over outback Australia, the cities of Sydney, Brisbane and Melbourne, in the Himalaya, we became the first team ever to cross the Grand Canyon, so we’ve done some really exciting things in wingsuits,” Heather said.

“That’s the sort of thing I love to share with people at these Australian Geographic events, where we can talk to people in person about the wonders and the incredible things that you can do as an adventurer.”

Heather and will not only share her stories, but also picturesque footage during her presentation.

“We were lucky to be sponsored by Sony who have an incredibly high definition action camera,” Heather said.

“We had them everywhere. Our footage is breathtaking. You’ll see me and my husband flying over Antarctica, that was our most recent adventure – the first couple to fly wingsuits in Antarctica and that footage is absolutely breathtaking, just spectacular.”

Other adventures coming to Albury include Lisa Blair, the solo sailor who recently became the first woman to sail solo and unassisted around Antarctica, Paul Pritchard – the top climber who was hit by a giant bolder while climbing the Totem Pole in Tasmania and Lauren and Justin Jones – the husband and wife adventure team who trekked across central Australia with a toddler.