Jones says the Supercars community was caught by surprise by the sudden announcement on the eve of this year’s Championship opening round in Adelaide.

“Everyone is in shock to tell you the truth, no-one expected this,” Brad said.

“Holden has been around forever and it just goes to show you that no-one is ten foot tall and bullet proof these days. It’s a bit like BHP falling over isn’t it?”

Drivers in the Brad Jones Racing stable compete under the Holden badge and Jones himself has a long history with the brand, at one stage competing with the one iconic Holden Racing Team.

Jones is on the Supercars Board and Commission and says at this early stage, it’s difficult to predict the ramifications of the Holden exit.

“It’s hard to know to be honest,” Jones explained.

“Holden has been part of the eco-system forever, probably since back when Norm Beechey raced a HK Monaro in 1968 or something, it’s been around for a long time.

“It is very difficult to know. Holden and Ford, that brand war has been around forever, but probably watered down somewhat within the public arena. I’m not sure if people are as passionate about the brand as they once were.

“What might happen, and I’m only guessing, is we might race Camaros or something else. We’ll definitely be racing, but how that looks I’m not too sure. Prior to Holdens being raced in the series they used to run imported Mustangs and Camaros and the like, so I guess if you want to race a GM (General Motors) product, it’ll go back to that.

“For me, I think what this will do is open opportunities for other brands maybe to come into the sport. It’s day one, so it’s hard to know exactly how it’s going to look and what the landscape will be.

“It’s a very sad day. I‘ve been in and around Holden most of my life and been very well connected to the brand. It was a sad day when we stopped manufacturing cars in Australia and this is part of that.” 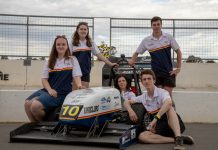 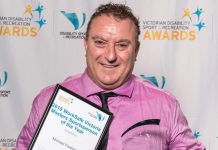 ‘Age is just in your mind’ – Athlete Bound for Paris