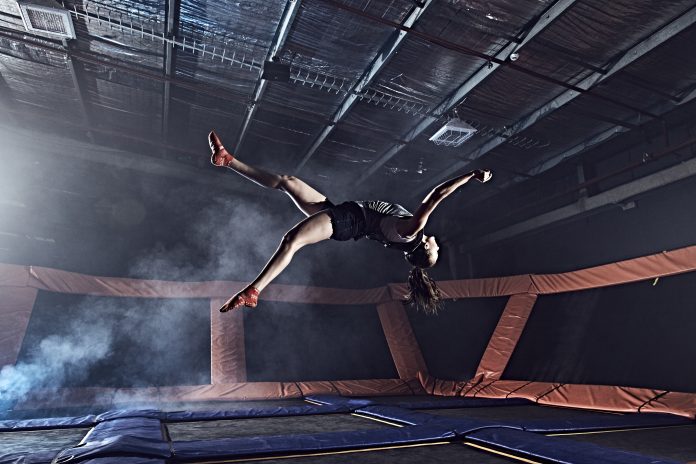 Marlee Barber is a regular stunt actor on television drama Home & Away, has been set on fire in Australian drama series Secret City and has even been in a fight scene on a Jackie Chan movie.

Kylie King caught up with her during a recent visit home.

Growing up in Walla Walla, north of Albury, Marlee Barber excelled at diving and pole vaulting before launching herself literally into a whole new world of stunt acting for the stars.

“People often believe there are no stunts on Home and Away, but someone is always getting hurt or dying, or there is some kind of drama happening”

“The diving pool we trained at in Sydney were looking for two young divers to double as a girl from a TV Show, Dance Academy,” Marlee said.

“They wanted us to dive off a 13 metre balcony into Sydney Harbour.

“I was about 16 and thought, ‘wow’, I got this great money doing something I love, I want to do more of that.”

Fast forward a few years and after being introduced to a couple of stunt co-ordinators, she has been training for four years, gained her provisional licence and has been working in the industry for the past two years.

“It’s much like getting a car licence” Marlee said.

“You have to tick off each category to get your licence.”

It hasn’t taken long for Marlee to get regular work, and gain some fans along the way.

“In terms of the stunt world, everyone wants to work on the feature films, but in terms of telling people what jobs you work on, Home and Away gets the best response,” Marlee said.

“Whenever I tell someone I work on that show they get so excited.

“People often believe there are no stunts on Home and Away, but someone is always getting hurt or dying, or there is some kind of drama happening.

“I look like a lot of the girls on that show. I think I’ve doubled for six or seven of the actors.

“A recent job I did on the show was with Jessica Falkholt.

“She is running away from the police and she falls over and tumbles down the hill – a nice big roll, I did that for her.

“I got a corky from that job actually – a really big corky on my thigh, but apart from that everything went well.”

Marlee has also worked on a Chinese Production that was filmed in Australia and is due for release in the new year.

“In this action film Nest 3D, I doubled for Stef Dawson, who was on The Hunger Games – I look a lot like her actually,” Marlee said.

“On that show I did two stunts for her, one was a breakaway floor, where we all jump on a special effects floor and it’s made to crack and meant to replicate an old roof that falls in.

While Marlee’s stunts look very realistic and often dangerous, she says they are calculated risks.

“Stunts are not about being a daredevil,” Marlee said.

“My good trainer said to me – a stunt can be repeated, but if you can only do it once, it’s not a stunt.

“You have to be able to do it ten, twenty times for it to be considered a stunt.

“It’s trained, there’s technique to it and it has to be repeatable.”

Marlee’s action packed journey is full of so many amazing stories – we’ll feature Part Two of her profile story in a separate post soon.

She’ll share stories about working with Jackie Chan, being set on fire for a television drama, starring in a television commercial for Toyota and we’ll feature a fun video of Marlee performing stunts on her family’s farm.