When you’re young and encouraged to see the world and chase your dreams, returning to your home town is often the last place you imagine your dreams will be fulfilled.

“If someone had said I’d be opening a fine dining restaurant in Wodonga 13 years ago, I would have told them they’ve got rocks in their head”

Chef David Kapay has travelled Europe, working in London’s most prestigious restaurants, and even counts former boss Jamie Oliver as a personal friend.

A return to his home town of Wodonga to establish his own restaurant, Miss Amelie was never part of the original dream.

“If someone had said I’d be opening a fine dining restaurant in Wodonga 13 years ago, I would have told them they’ve got rocks in their head,” David said.

“It’s ironic. When you grow up here, you think there’s nothing here and you want to go and conquer the world.

“I went from Wodonga to London when I was 21, which was incredible.

“I came back from London with my then wife and went to Melbourne, and of course you have the big city syndrome – there was never any thought of moving back to Wodonga.

“We started a family, and things economically get challenging in the big smoke. We renovated a run-down apartment, and sold it to fund the move back home to establish our restaurant.” 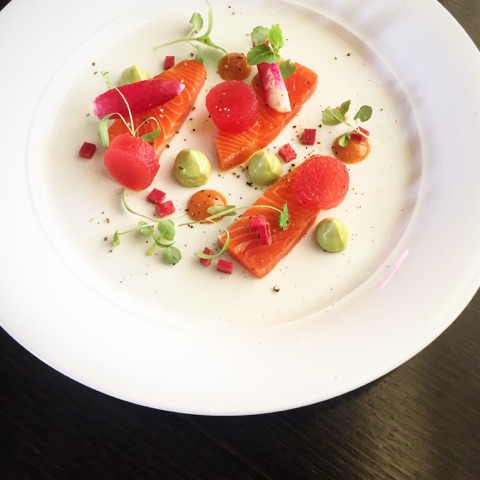 Since Miss Amelie opened in July last year, David has been overwhelmed with the response.

“We were rapt that we took the punt,” David said.

“We thought we’d open mid-year when things were a little quiet and build up to the busy Christmas period, but we had a successful winter as well. We were super rapt with how we’ve been received with the public”

David is the first to admit he’s been surprised by how much has changed since he’s been away. 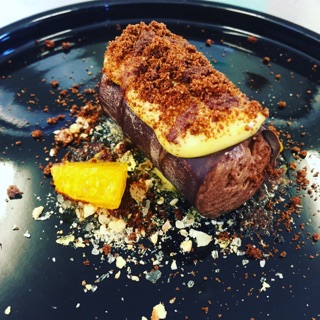 “The things that are available for chefs here has changed a hell of a lot,” he said.

“We’re also getting deliveries three times a week from Melbourne, so you can get anything up here – clams, cheese from the Calendar Cheese Company.”

While David is rapt to be ‘his own boss’ in his home town, he retains links to his former jet-setting lifestyle, with Jamie Oliver a chance to visit his restaurant next month.

“When Jamie comes to Australia in March, he said he might try and come up.

“It would be great to have him at the restaurant for a night – no guarantees, but we’ll see how he goes.

“We had a good connection. I worked at his Fifteen restaurant in London for four years, and even spent Christmas with him one year, because I was away from my family. It was a pretty special time in my life.

“He’s a super man and is exactly how he is portrayed. You never see him negative, grumpy or upset.”

For more information on Miss Amelie, or to book, visit their website www.missamelie.com.au

Melt chocolate over double boiler and allow to cool.

Beat eggs and egg yolks until double in size.

Place sugar and water in pot and bring to 118°c.

Fold cream in and then pack into moulds and chill.