In 2016 HotHouse Theatre took a gamble on opening the doors to The Butter Factory Theatre to a very large galah that would take up residence every couple of months for The Galah Bar Scratch Nights.

The Galah Bar paid homage to the company’s roots as the Murray River Performing Group (MRPG). It hosted the nights in the 1990’s and saw some of today’s most loved comic talents, including Denise Scott perform in the Cactus Bar behind what is now Beer Deluxe in Kiewa Street, Albury.

Artistic Program Producer, Beck Palmer, said while there was a concern that the model from 20 years ago wouldn’t translate to 2016, it was evident from the first Galah Bar that the model would fly.

“We were really happy with the first one. There was a real high at the end of that because it was a very successful production. We had a couple of exceptional musicians – Georgie Currie from the Northern Folk and Matt Ortiz who has released his first album: they were awesome performers.

Beck said one of the surprises and absolute highlights was former Black Border Theatre Coordinator, Bobby Whybrow, who was MC for most of the year.

“He did our first drag act as Selma Fork and he was wonderful, and it was a real eye opener because we had never seen him do anything like this before,” Beck said.

Beck said throughout the year there was a crazy mix of unpredictable acts that you couldn’t see anywhere else, but the strength was always good music.

“Word started to spread and a lot of acts came to us through word of mouth, but also through the wonderful resources of Carm Hogan who not only led me to people outside of the Albury areas, she also performed at the September Galah Bar.

“Then there are other people like Kerryn Beattie. She had sung for family and friends, but hadn’t sung in public for many years. And then there are other gems like Nathan Vaccaro from the Murray Con – he’s a classical guitarist I could just watch him all night,” Beck said.

Galah Bar also gave younger performers from The Flying Fruit Fly Circus (FFFC) the chance to upskill through working with more experienced performers, and FFFC graduates were able to test out work.

“This is a great way that we can support this friend of the company,” Beck said. 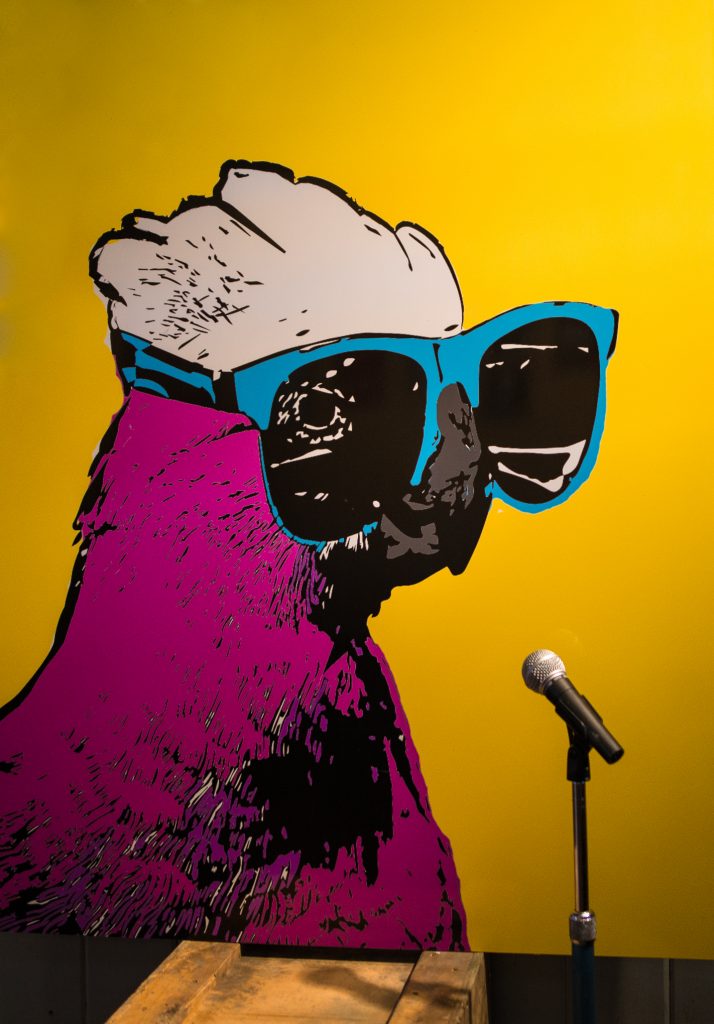 “Over the year, supported by our Artistic Director, Lyn Wallis, Tim built up his skills and confidence and he became a regular. He has more to bring us in 2017.

“Then we also had Mary Hope who I met at a poetry slam in Wodonga, and asked her to perform at Galah Bar. I actually didn’t know that she was going to turn up, but she did – and with her whole family! She had to sit down to finish the poem, but the audience loved her.

Beck said she would love to see more poetry and spoken word become regular offerings on the Galah Bar program, and also attract a younger audience.

“When we have younger performers like Space Boys who performed at our Christmas Galah Bar they bring a lot of their friends and family with them, but we’d love to see younger people come and see great live entertainment,” she said.

The first Galah Bar for 2017 will be held on Friday 17 March. Bar open from 6.30pm and acts from 8pm. Enquiries and discussions regarding performing contact Beck Palmer at HotHouse Theatre [email protected] or phone 02 6021 7433.

For all performances and special events go to www.hothousetheatre.com.au