The pipe organ may not be everyone’s cup of tea but local organist, James Flores, believes there is no other instrument like it, and in particular the French Canadian Letourneau at St Matthew’s Anglican Church Albury.

The organ was installed in the church as part of the restoration after it was gutted by fire in 1991. Its sound is described as silvery and it fills the space at St Matthew’s

James is playing the organ monthly as part of the Tunes on Tuesday series bringing a lunchtime musical respite to shoppers, workers, or anyone who just wants to take some time out for 40 minutes each fortnight.

Recently awarded the highly prestigious Licentiate Diploma in Organ Performance with Honours, James said there were many more opportunities to play the pipe organ than the piano.

“I can play almost every week in church and now have my recitals as part of the Tunes on Tuesday Tunes series. The opportunity to play an organ of this quality is rare. It’s something very special.” 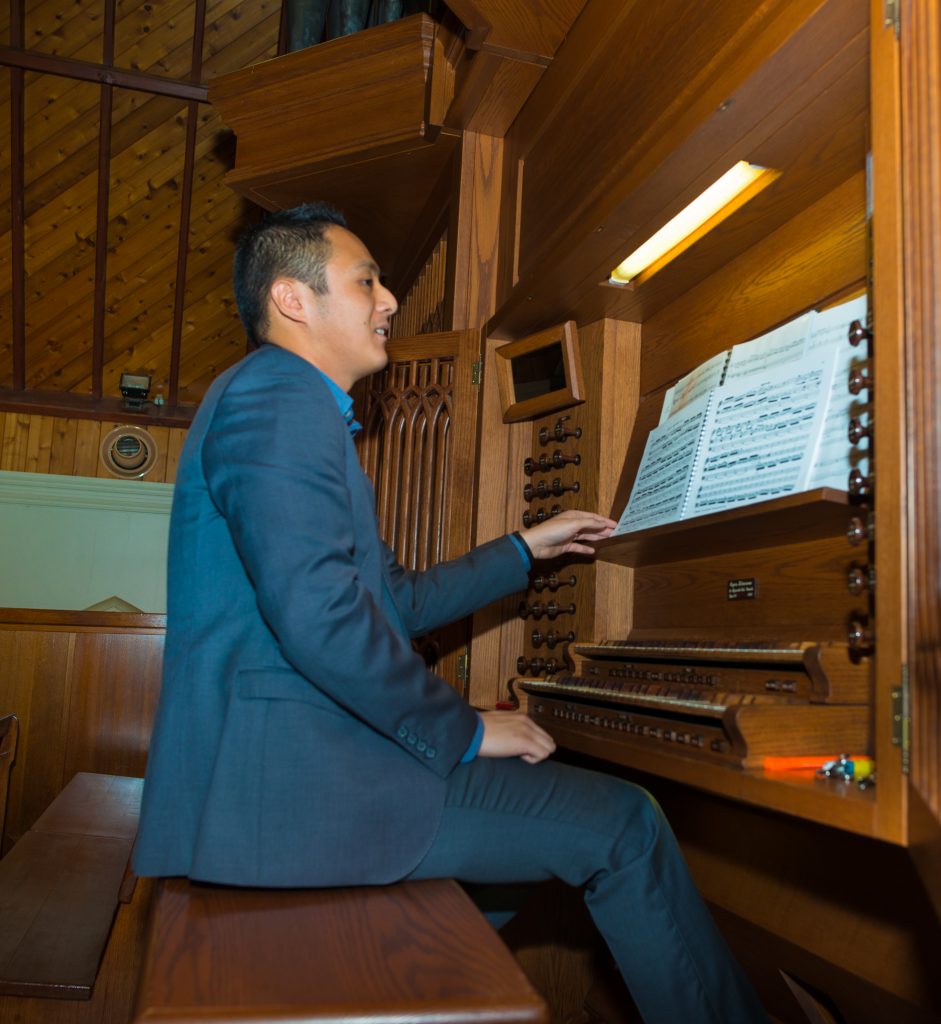 “It’s viewed as being similar to flying a 747 with many controls to produce the sound that you want.”

At the most recent recital James performed a mixed program of crowd pleasers as well as pieces he enjoys playing including work by his favourite composer, J S Bach, who James believes is the greatest composer of all time.

But, there’s more to the Tuesday recitals than just listening to the music.

James said the recitals are being presented by the St Matthew’s Music Association.

“It was felt that there was a decline in classical music and the arts in general in Albury and so the association was formed to help address this. It’s called St Matthew’s but isn’t directly affiliated with the church.

“It’s open to anyone who would like to learn an instrument, and that’s funded by the people of Albury.  It’s subsidised and can give eligible people a full scholarship.”

James’ own musical journey began with him being taught the piano at four years old by his aunt, Aurora Flores. He also studied violin and became interested in sacred music in 2011.

Earlier this year, James was recognised for his services and public awareness for the Arts, Media and Entertainment Culture with a nomination for AlburyCity’s Young Citizen of the Year.

More details about the program and the St Matthew’s Music Association are available at www.stmatthewsalbury.com