A winemaker’s passion to support other local producers after their apple crops were decimated by a hail storm set a creative new direction for Ben Clifton.

The Beechworth Cider story is an inspiring tale of trial and error, and eventually success – but as Kylie King discovered, in many ways the journey is just beginning.

When a big storm ripped through the Beechworth and Stanley areas in 2005, it took a toll on local apple producers, with hail damaging crops, making them unsuitable for their supermarket clients.

At nearby Amulet Vineyard near Beechworth, winemaker Ben Clifton was inspired into action.

“I was talking to a couple of the farmers and asked ‘what do you do now your crop is damaged?’

“They could send some apples away for juicing, but there were only a couple of companies in Griffith and Shepparton that would juice it, and they’d only take so much and pay bugger all for it,” Ben said.

“I felt really bad for them, because I’m a farmer and every day during the year I get up and come to work, tend to the grapes and the paddock and the sheep and think, those blokes have done exactly the same thing, got up and looked after their orchard and just before harvest this hail storm came through. I thought that was just heartbreaking.

“The fruit was still amazing, but because it’s marked due to hail, it couldn’t go to the supermarkets.

With his experience as a winemaker, Ben explored the idea of turning his skills into making alcoholic apple cider.

“I looked at it like a commodity, taking the emotion out of it I thought, well we’re a juicing factory anyway – I take grapes, make juice out of it and make booze out of the juice, so thought I could do the same with cider,” he said.

Although Ben had access to an abundance of fresh locally produced apples, he struggled to find resources and support to help him in his new venture, with trial and error eventually leading to the launch of Beechworth Cider. 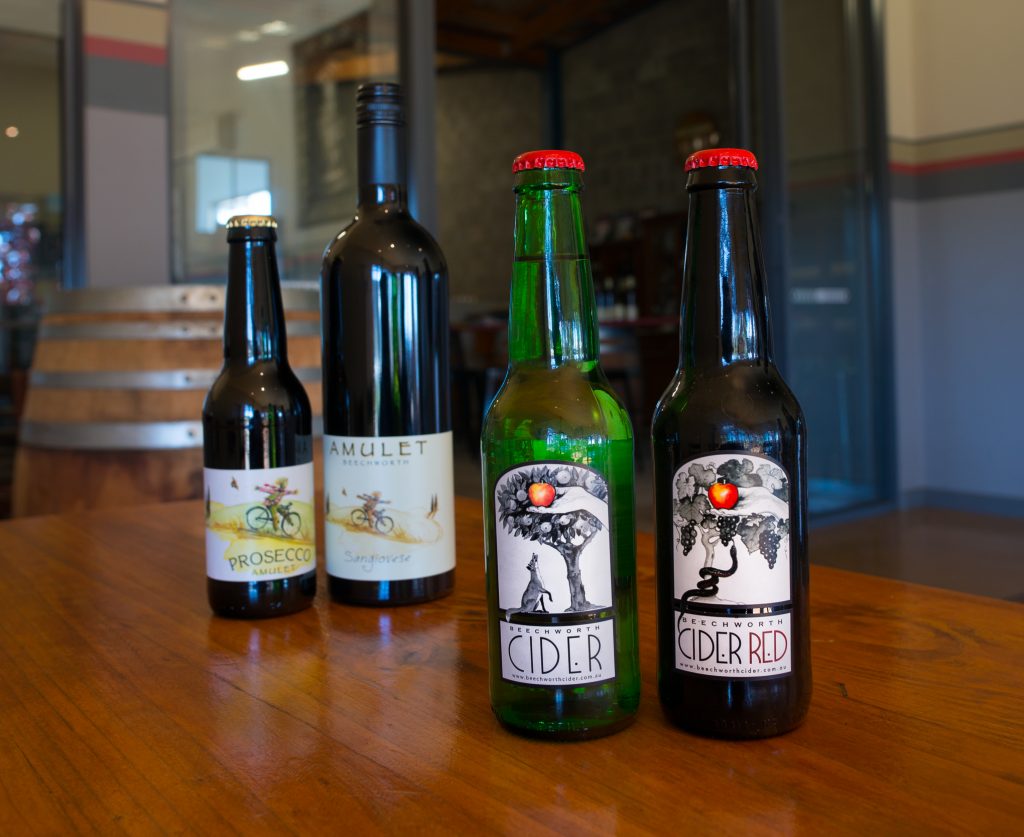 He is now using his knowledge and experience to support others in the industry and has recently been appointed to the Cider Australia Executive Committee.

“When I started out, anytime I asked anyone for cider equipment, as in apple crushers and those sort of things, there was no real industry, so we spent a fair few years here in the dark by ourselves.

“A few years ago, Cider Australia (national cider industry body) was born out of a few cider producers, so I guess I’ve been watching it for a couple of years, doing some good things, and thought I might put my hand up to help, so I have a product development role.

“My job is to basically talk to other producers and the cider industry in Australia.”

Ben is passionate about educating the public and the hospitality industry about the differences between styles of ciders and the benefits of the locally produced beverages.

“One of the biggest issues we have in Australia as cider producers is education,” Ben said.

“As boutique cider producers we are making cider out of fresh apples.

“We know the farmers, we buy the apples, we juice it ourselves, or some get apples juiced for them and make cider from that.

“Some of the bigger bulk brands of cider, a lot of it is made by importing apple concentrate from places like China. They rehydrate it, ferment that out, add the sugar and that’s how they make their cider, so it hasn’t added anything into the Australian economy and isn’t supporting Aussie jobs.

“I’m a bit of a champion for the local economy and environment,” he said.

With a combination of passion, determination and experience, there’s no doubt Ben will make a significant impact on the future direction of the local cider industry, while his Beechworth Cider continues to make inroads into the Australian marketplace.