The gourmet delights of the Border and North East are usually enough to entice drivers off the Hume Highway, but clever businesses are finding new ways to attract customers.

Amulet Vineyard and Beechworth Cider are among a growing number of clever businesses that have installed a Tesla charger, encouraging drivers of electric cars to explore beyond the freeway. 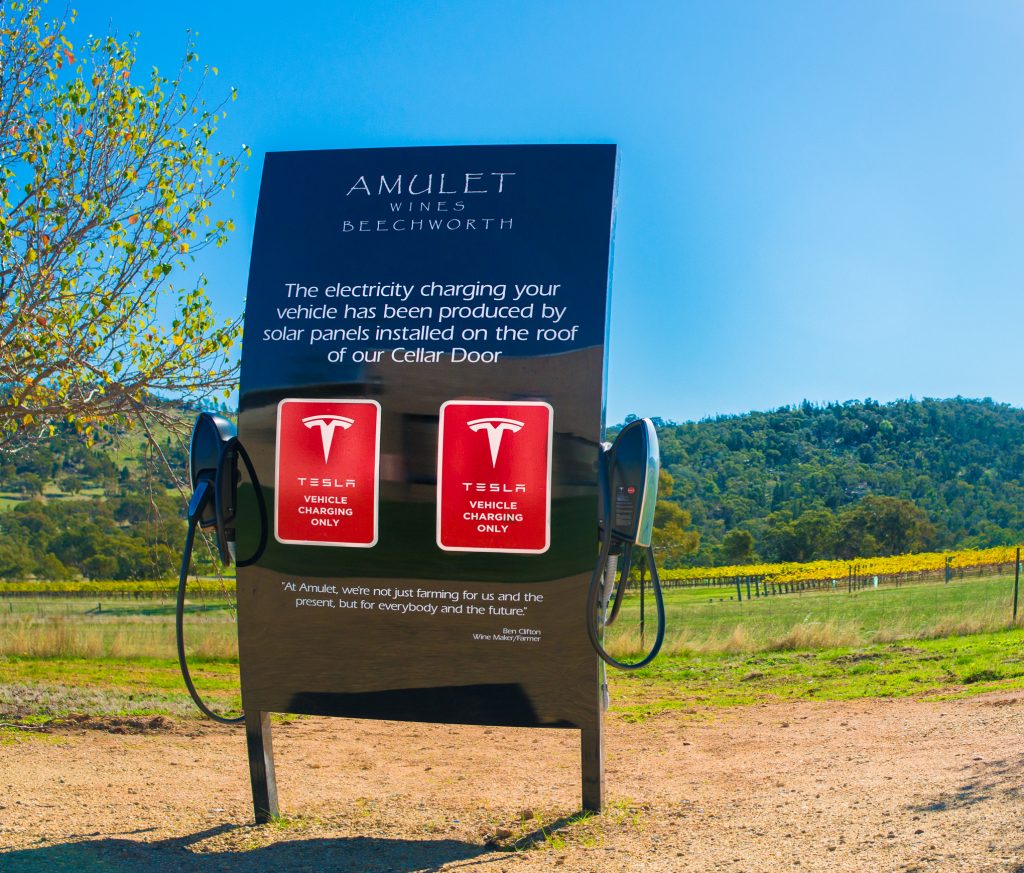 “Anyone that owns a Tesla car in Australia has probably paid anywhere between 100 to 180 thousand dollars for their car and are likely to have high disposable income,” he said.

“If they need a break, should they stop on the side of the freeway and charge their car, or should they do a little detour and see what regional centres can offer?

“By coming out here, they can plug their car in and have lunch or a wine tasting.

“While they’re here, they might say ‘I’m only 10 kilometres from Beechworth, so I might go and have a look there, or I might duck down to Milawa and discover there’s an amazing cheese making and bread making facility down there.’ 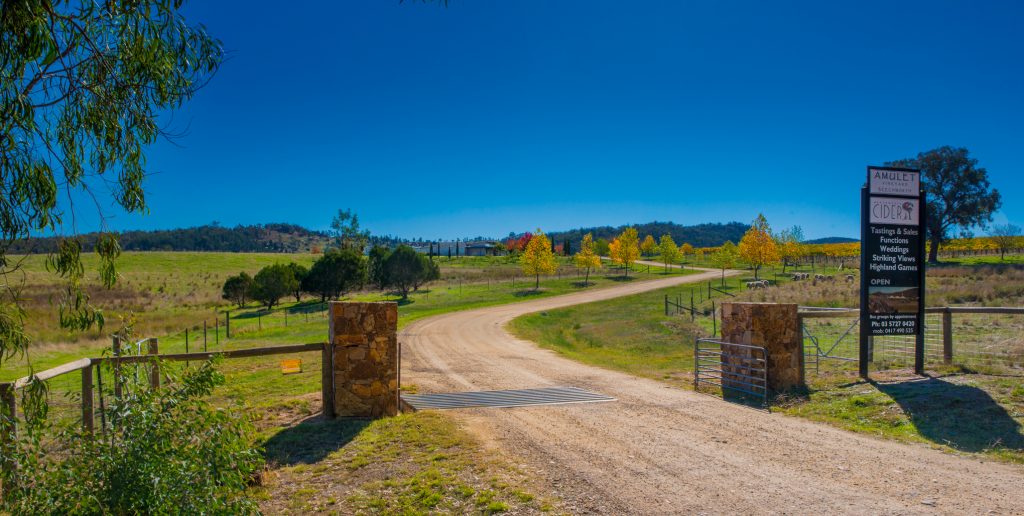 “During the ski season, instead of going straight to Mount Hotham and Falls Creek, they might stop here and have lunch, or come back and stay an extra day.”

While the charging station makes commercial sense, it’s also an opportunity for Amulet Vineyard and Beechworth Cider to highlight their commitment to sustainability.

“No farmer is not in touch with the environment,” Ben said.

“We’re aware and trying to be innovative and look for ways to alleviate the pressure on the earth’s resources.

“We’ve put 65 solar panels on the roof and the Tesla chargers don’t cost us anything. There’s only so much power we can be put back into the grid or use here on site, so why shouldn’t they (Tesla drivers) use it for free?”