Who would have imagined that fundraising for a World Sailing Championship would inspire a business in antiques, vintage goods and collectables?

But that’s exactly what led to an unexpected direction for Hayden Virtue and his wife Kylie, when they discovered a talent for spotting and selling collectables during a fundraising mission.

“I was heading to the World Championships in San Francisco in 2014 and my wife Kylie, who had developed a good eye for collectables at garage sales on the weekend, starting buying and selling more to help fund the trip,” Hayden said. 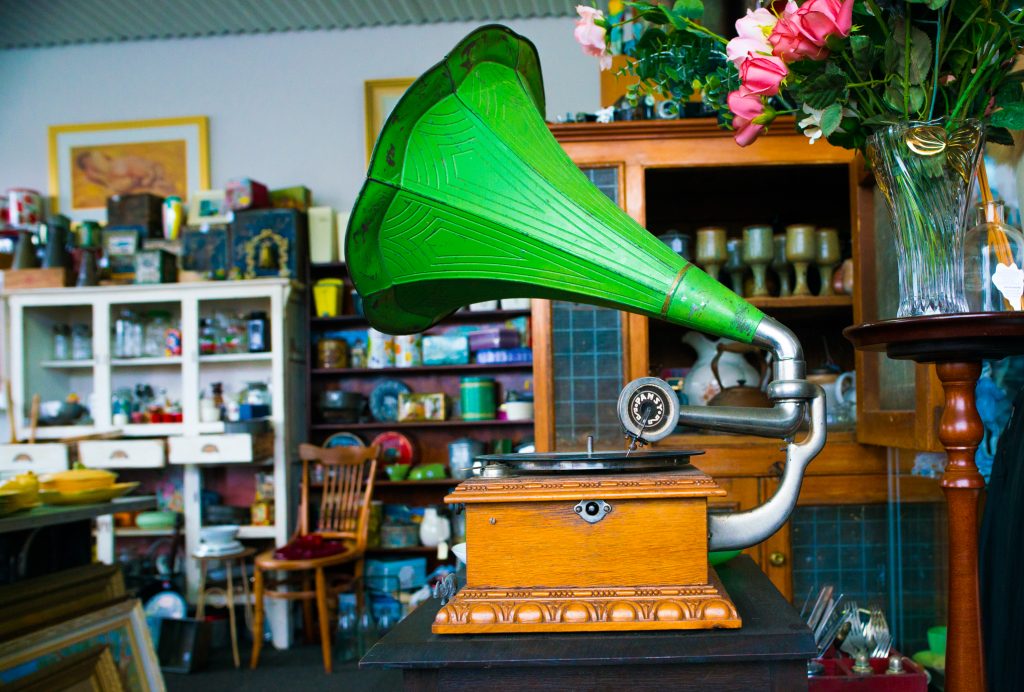 “She was buying and selling more and it grew, while my work was slowing down a bit, so I got involved and we opened up a shop, which we quickly outgrew, before this came up 18 months ago (South Street Wodonga), and we jumped at it.”

VIVA (Virtues in Vintage and Antiques) curiosity shop is not only a popular destination for locals, but thanks to the internet and social media, their collectables are also sent across Australia and overseas.

“It’s opened up a new world, with people now ‘fossicking’ on their phones or on keyboards when we post photos,”

“We’ve sent a couple of pieces over to the U.S. including a Coca Cola sign, of all things. A collector over there hadn’t seen it before, so he was pretty excited to get that.

“We’ve sent a lot of our high quality China to either Perth or Queensland – I guess with Queensland; people are replacing their lost pieces after the cyclones.”

It seems a passion for vintage and collectables hasn’t waned over the years, with the curiosity shop attracting visitors from of all ages and tastes.

“It’s an eclectic group that comes through here,” Hayden said.

“From oldies reminiscing, grey nomads coming in here, selling up and buying their camper van to head off, a group that are collectors, or people who come in and go, ‘Oh, Grandma had that,” so it’s a memory we’re selling, not an object.

“We even have young kids, primary age kids with their parents collecting things which is pretty cool.”

Meantime, the online side of the business is likely to continue to throw up some surprises.

“We haven’t sent any English china back to England yet, but I’m sure that will happen one day!” Hayden said.