Less than two years after opening its doors, this family run café and creative space is living up to its vision of a being a community ‘hub’.

Hub 62 has recently undergone minor renovations, including extending on its current Wizard of Oz theme. 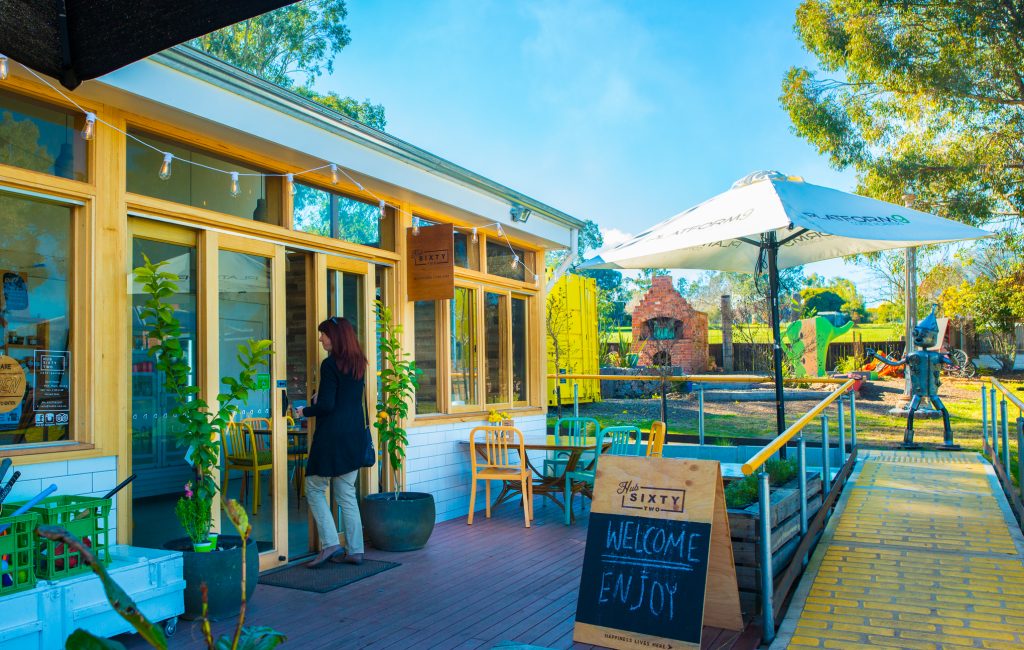 One of the driving forces behind the popular business is former AIS elite athlete, Amy Peters, who has represented Australia in kayaking, including at the ICF Canoe Sprint World Championships in Germany.

Although she wasn’t able to fulfil her dream of competing at the Olympics, she’s found renewed vigour, focus and fun at Hub 62, owned by her parents.

“I think life throws you curve balls, and you have to latch on to it and let it take you wherever it throws you,” Amy said.

“I learnt a lot from my sporting background – making sacrifices and doing hard work behind scenes that will hopefully get the results, and what we’re doing here is pretty much the same concept, but in the business world.

“The early morning starts where we’d be on the water at 5:00am was similar to the start of this business in the very early days, where I’d be here at 4:30am prepping for the day.”

Amy is proud of what the team has achieved, since turning a dis-used building, into a thriving café and creative hub. 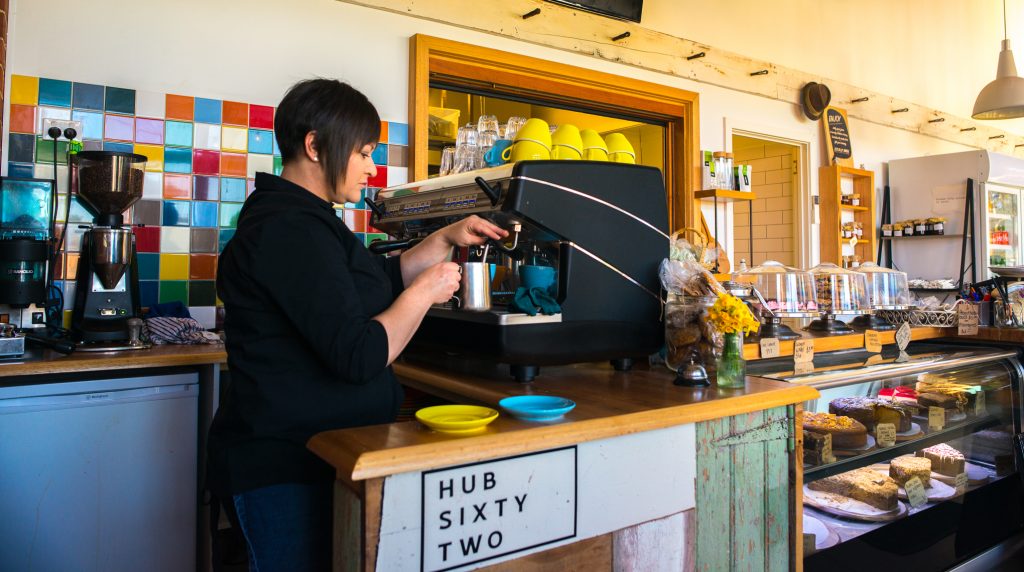 “When mum and dad bought the building about six or seven years ago, it was falling apart,’ Amy said.

“My sister Beth had an art gallery here, and the next phase was building this café as a family. A lot of people said, ‘don’t do it’ but we said, ‘if we build it, people will come.”

That belief in success has come to fruition, with Hub 62 bringing in a loyal clientele.

“We have lots of return visitors, and often get people from Albury Wodonga making bookings – I mean there’s a lot of options in Albury Wodonga, but to get them coming to Chiltern to have a meal here just blows my mind,” Amy said.

Amy credits much of the café’s success to cook Alex Douglas who runs the kitchen, with everything home-made and prepared in-house, including a scrumptious array of decadent cakes and slices.

But as you’d expect from someone with an elite sporting background, there’s always new plans and goals for the business.

“What we want to do is bring happiness. We’re looking at making it more family friendly, putting massive chess sets out the back and make it more inviting in the summer months.

“I’m just super excited about where we’ve come from – a building that wasn’t used, closed for thirty years, to now people coming far and wide.”

For more on Hub 62 visit their Facebook Page: https://www.facebook.com/hub62/