Albury based Riverina Dairy is making an impact on the tastebuds of cheese and yoghurt lovers, with its range of fetta, haloumi, paneer and yoghurt proving a hit with consumers.

At the helm is Franck Beaurain, who went from being a cheesemaker for 30 years, including at Riverina Dairy, to recently becoming CEO of the company.

“I did medical science in France, but I moved to the dairy industry because I like the food as well,” Franck said.

“Balancing food and science has made the job as a cheesemaker enjoyable.”

Franck believes the success of Riverina Dairy is due to the business being run like a farm house company.

“It’s an Australian owned, family business which is important, because there are not so many anymore,” Franck said.

“All our milk comes from one farm in Corowa – it is very big, but we use only one farm, so we can ensure consistency and milk quality. Cheese and yoghurt that is consistent and something special starts with the quality of the milk. 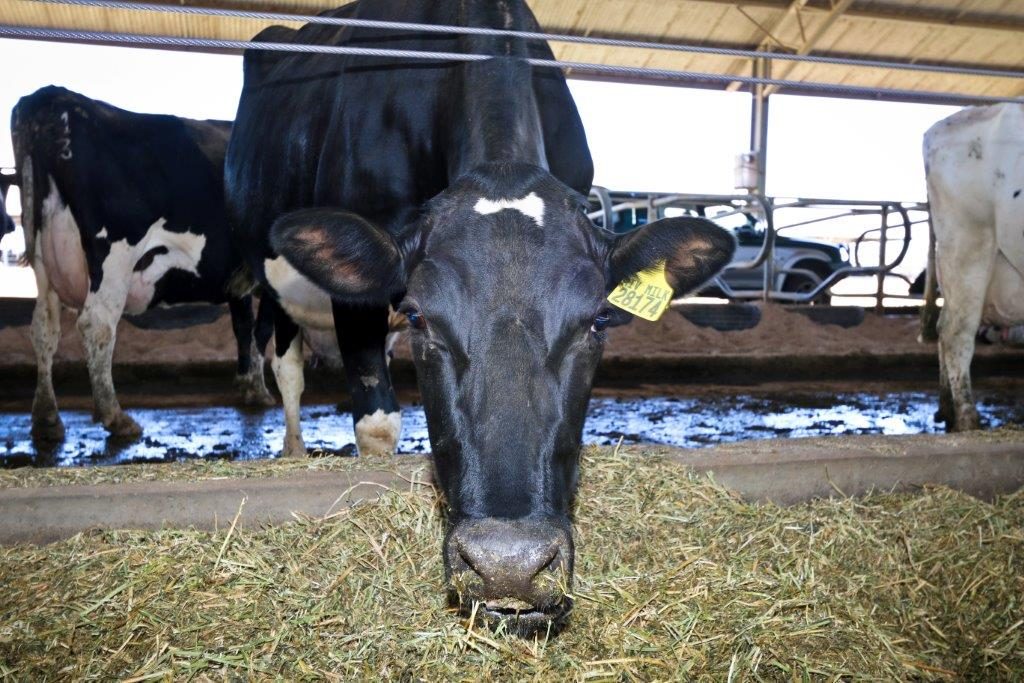 ”There are more than two thousand breeding cows which contribute to one hundred thousand kilos of product that leaves the factory each week.

Among the products that have captured attention from consumers is a range of flavoured haloumi – chilli, basil and cracked pepper.

“We are the manufacturer offering the biggest range of flavoured haloumi in Australia,” Franck said. 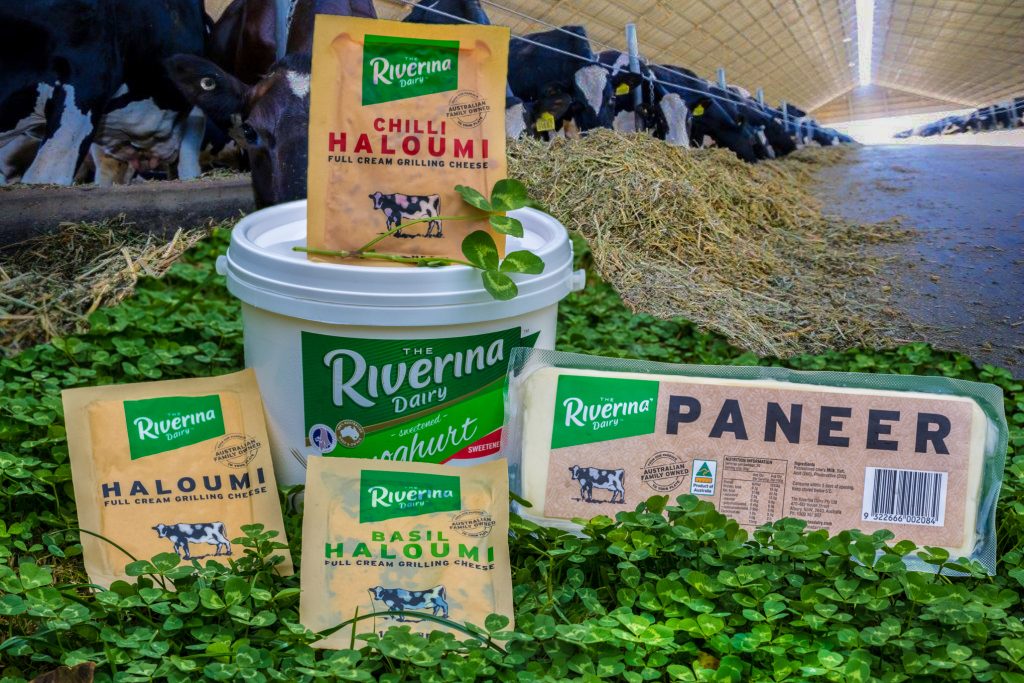 “We’re very happy with the flavours and the combination of cheese and flavours that don’t overpower each other, and we are seeing that people are wanting to experiment with flavour in their own homes.” 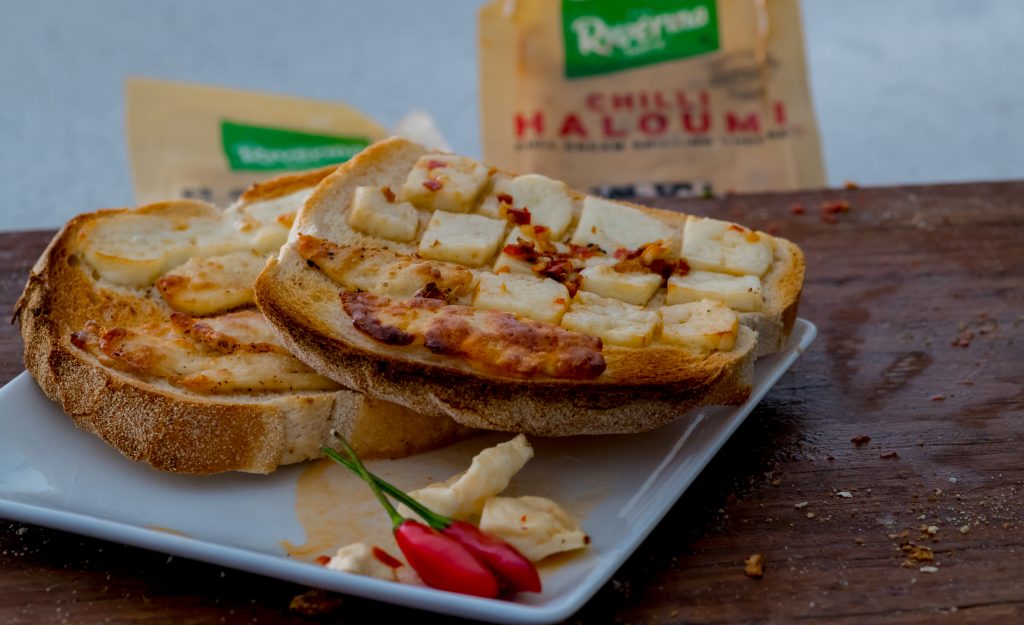 So what’s ahead for Riverina Dairy?

“We’d like to extend the range, create some new texture for the fetta,” Franck said.

“The trend at the moment is a strained yoghurt, which has a very nice, smooth texture so we’ve done some trials with that.

“My background is in making specialty cheeses such as blue, brie, camembert, fresh cheese, semi-hard cheeses so it’s possible we could dabble in new styles.” 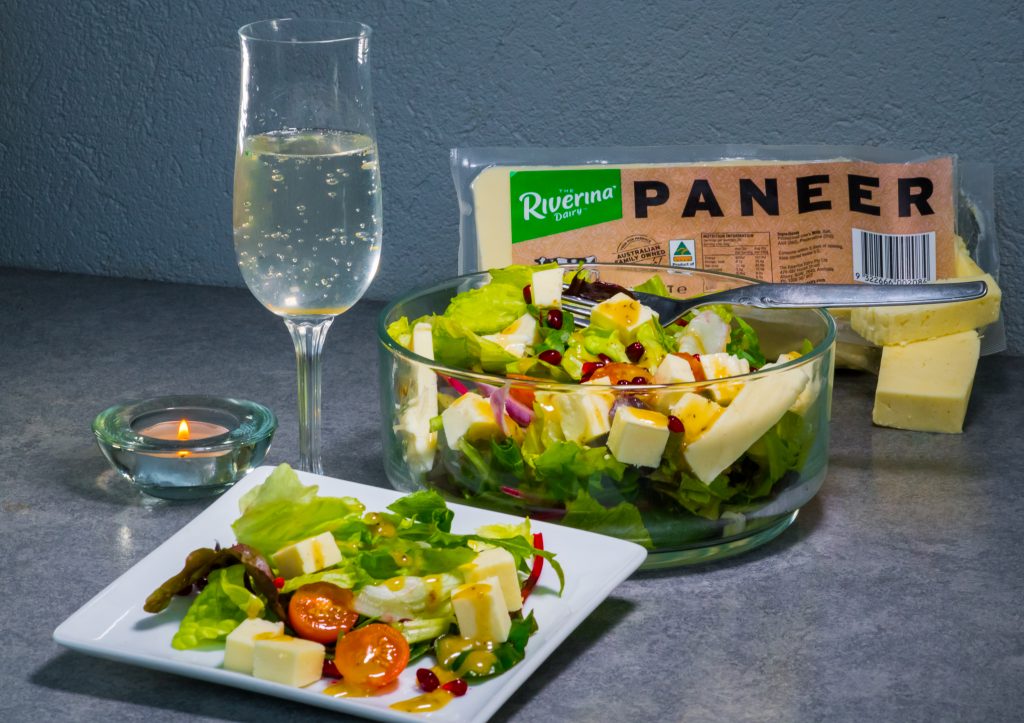 While Europe was once considered in a league of its own in producing quality cheese, Franck believes that’s no longer the case.

“When I worked in Tasmania in 1988, there was very little variety of cheese. Now we develop cheese in Australia that is the same quality as Europe and that we should be very proud of.”

Produced by Border Cafe in partnership with Albury Northside Chamber of Commerce.