Ditching a career in Internet Technology in Sydney, Rob Whyte and his wife Melanie bought a property in Rutherglen, purely for the views. It just so happened that a grove of olive trees came with it.

Five years later and Gooramadda Olives has emerged as one of Australia’s brightest, flavoursome new olive producers. Not bad for a couple with no previous farming experience.

“Winding the clock back, we knew nothing about olives,” Rob said.

“We had no agricultural background – but the olives were here, so we thought – let’s pedal like crazy.”

The olives at the property are handpicked and processed onsite into flavoursome table olives and varietal extra virgin olive oils. 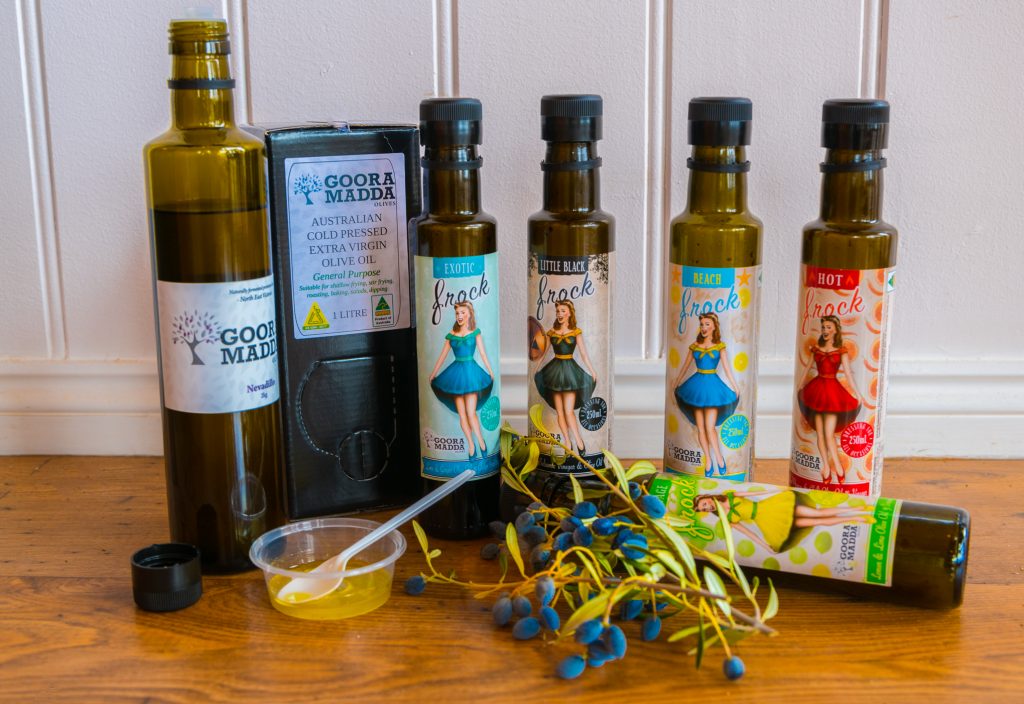 It hasn’t taken long for Gooramadda Olives to claim some awards – most recently at the Sydney Royal Taste of Excellence Awards, as well as the highly regarded World Olive Oil Competition in New York.

But their proudest achievement isn’t an award they can put on a bottle, but rather an endorsement from the Australian Olive Association. 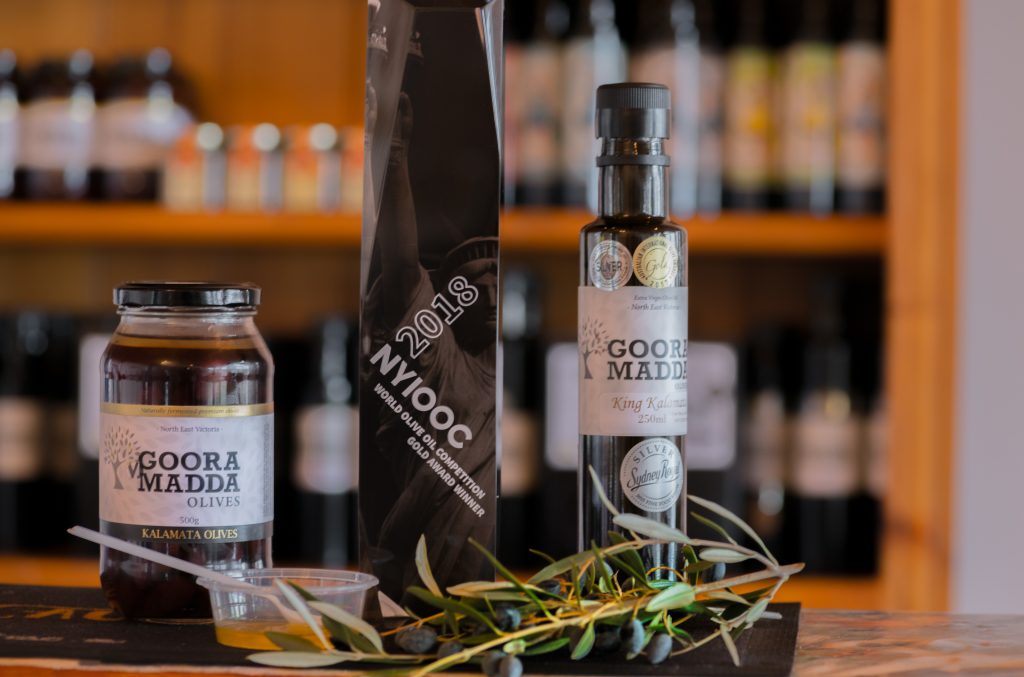 “Earlier this year the Association was sending a delegate to Spain for a symposium on olive oil and they were presenting a paper on new world oils – oils from Australia, New Zealand and so forth.

“They wanted three examples of oils that represented the quality Australia is now producing and one of those oils was our Hardy’s Mammoth oil. So you can get medals, but when the industry says, ‘when the world thinks of Australian olive oil, we want them to think of your oil,’ that’s reasonably good.”

Rob and Melanie are proud ambassadors for the Rutherglen region, finding ways to incorporate produce from their neighbours, such as Morris Wines muscat infused into olive oil ice-cream.

“The biggest complaint we get from visitors is they didn’t allow enough time,” Rob said.

“We’re thrilled when visitors arrive thinking this is just a shop and leave thanking us for the virtual tour we take them on through on not only our produce, but also from the wider Rutherglen region. 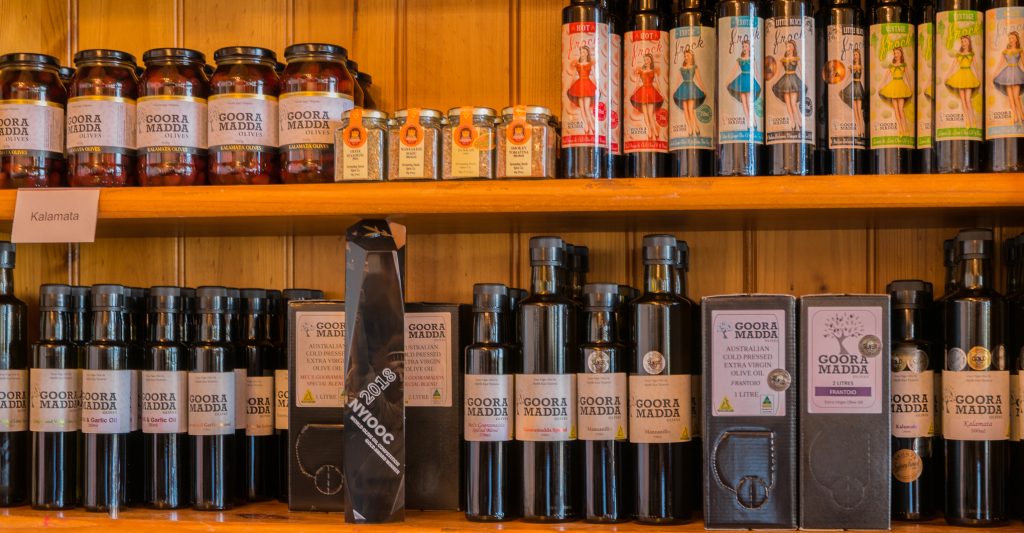 “Think of a winery cellar door and expand on it. The biggest complaint we get from visitors is they didn’t allow enough time. We’re thrilled when visitors arrive thinking this is just a shop and leave thanking us for the virtual tour we take them on through the produce.”