As far as Army soldier assessments go, this one is a guaranteed cliffhanger.

Decommissioned Army vehicles, known as ‘casualties’, are positioned and left in rugged sections of Stanley State Forest – usually at the bottom of a rockface – requiring trainee Recovery Mechanics to retrieve them.

Using a combination of maths, physics and a specially-equipped tow vehicle, it can take soldiers working as a team of three several hours to winch the training vehicles to safety. 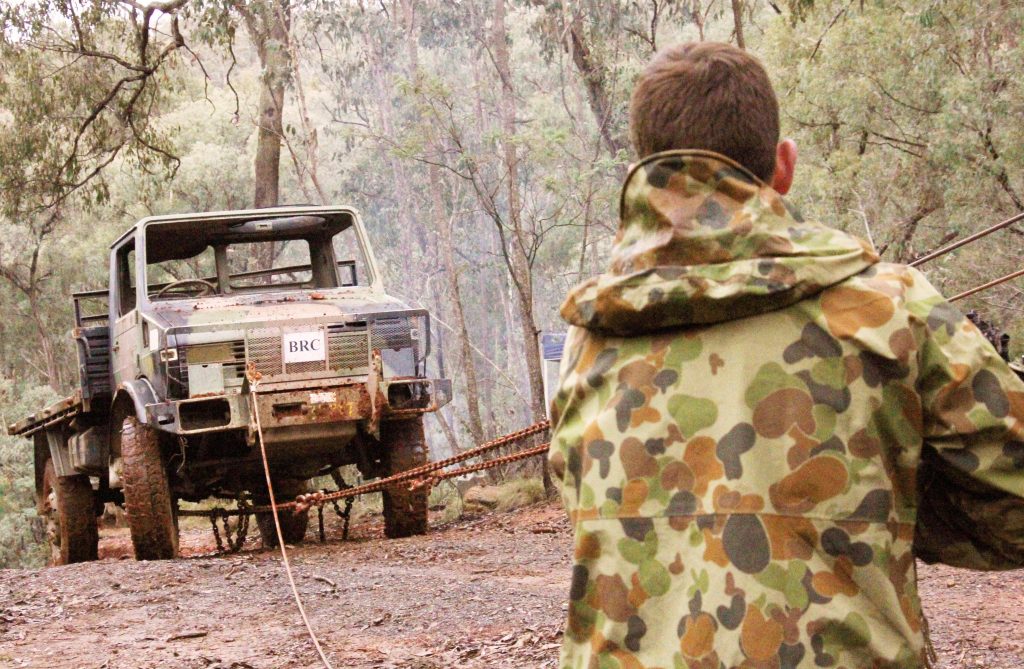 Unlike domestic roadside assistance services such as NRMA or RACV, however, the type of vehicles, the reasons they become disabled and the real-life working conditions for Recovery Mechanics can be quite extreme – including combat situations.

The Army School of Electrical and Mechanical Engineering (ASEME), part of the Army Training Logistics Centre (ATLC) in North Bandiana, is the only facility in Australia to offer the specialised Recovery Mechanic training, an electable course that provides soldiers with a career-long skill set.

It requires a six-month long foundation training in a dedicated area on base affectionately known as the ‘dustbowl’, after an initial three month common soldier induction at Kapooka and a further three months of driver training at Puckapunyal. 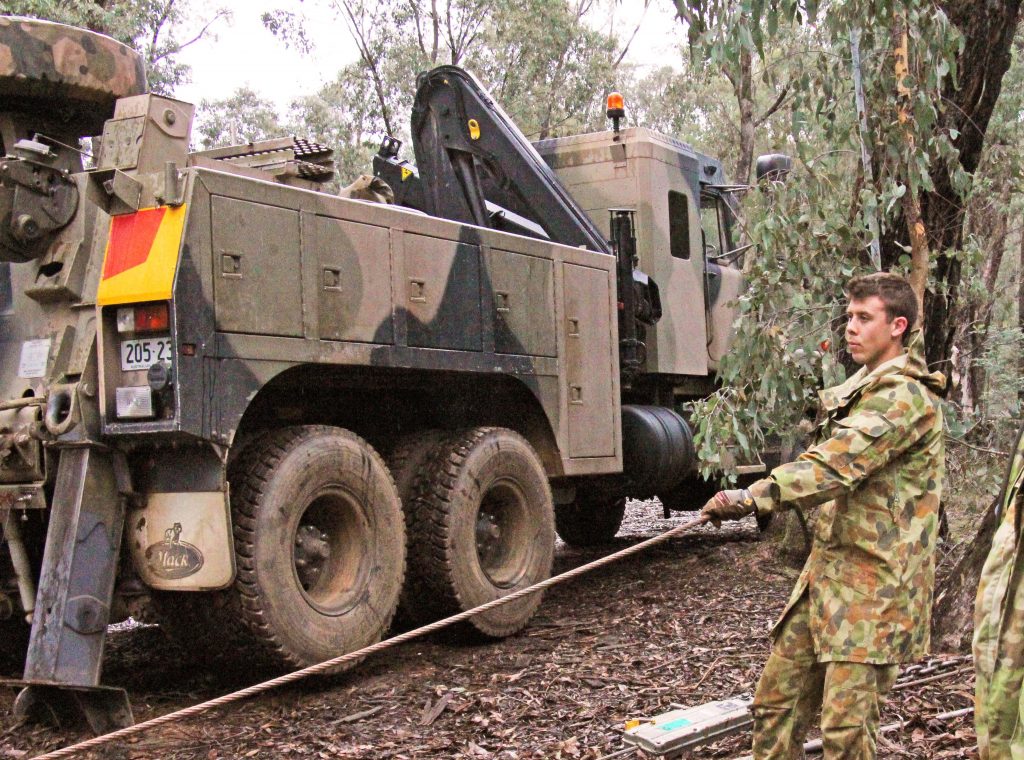 Once soldiers have established the basics of Recovery Mechanics, the next step is to head out into the field in more realistic environment, which is made possible through a 70-year relationship between Army and nearby Stanley State Forest, managed by the Department of Environment, Land, Water and Planning.

According to course trainer, Warrant Officer Terry Jones, the location gives the chance to test the full ability of the trainees, which occurs over 11 days and allows for two practice runs before a final assessment in each of the various team roles.

“It is a bit of adjustment (for the soldiers), but the principles don’t change,” Warrant Officer Jones said. 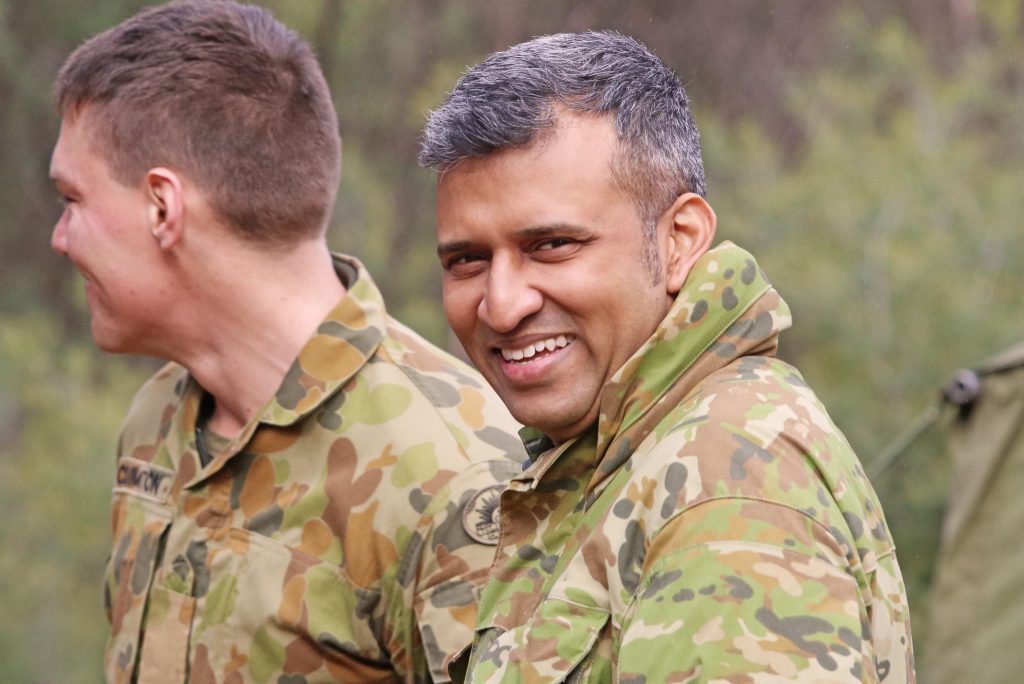 A geographical feature that makes the 12,000 hectare state-owned forest a particularly good testing site are several man-made cliffs near Yackandandah that were left behind by hydraulic sluicing gold mining in the 1800s.

The day Border Café was invited to watch one of the two annual trainee assessments it was seven degrees with the occasional shower, but no amount of mud or rain was a match for the three teams being tested as they slowly and carefully reeled-in the test vehicles.

“Weather doesn’t matter to Army,” according to Major Abu-Shankar Babu, Officer Commanding, Career and Advanced Training Wing. “We have to work in all weather, even if it’s snowing, ”

(Border Café, however, was very grateful for the Army camp shelters and toasty warm fire). 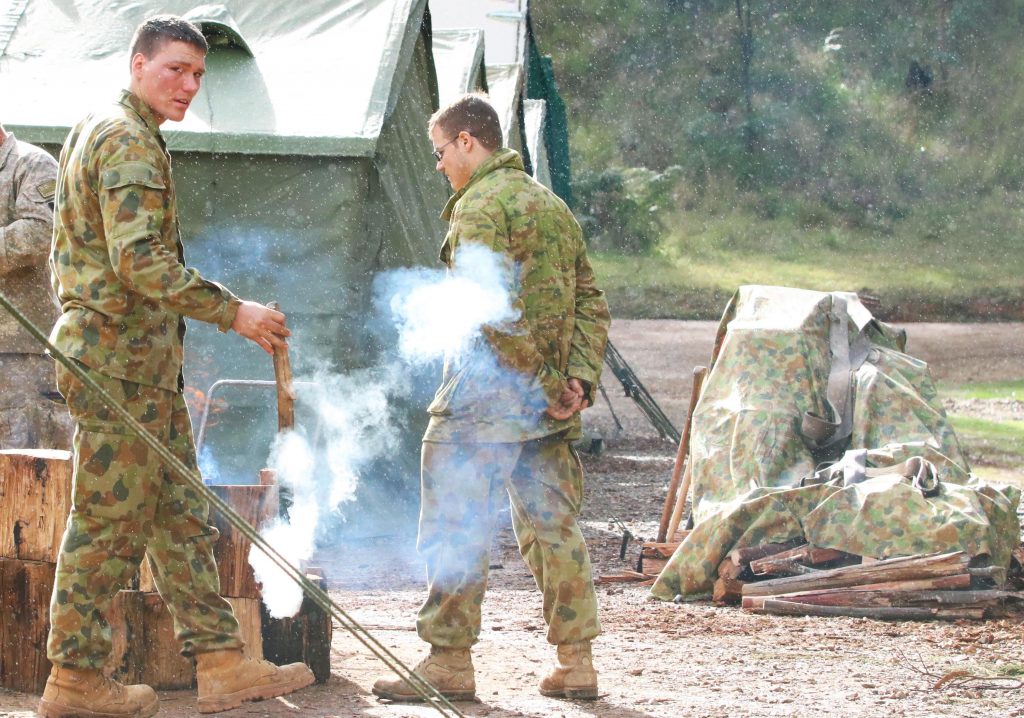 In return for access to Stanley State Forest for training and assessment, Army makes an annual financial contribution towards road and site maintenance, something that benefits recreational and community users.

In addition, visitors to the forest are always welcome to watch the unique work of recovery mechanic trainees during their assessments – from a safe distance – something that always proves popular with spectators.

“We are always a point of interest,” according to Lieutenant Colonel, Rebecca Gordon, Commanding Officer, ASEME. “The wider population getting to understand what we do can only benefit Army.”