Armed with council approvals to commence business, nothing was going to stop Wodonga’s newest café owner from opening the doors – not even the height of COVID-19 restrictions.

Border Cafe has followed the journey of The Brekkie Box since opening in March. Here is how the first few months of business have unfolded.

A background in aircraft electronics and working in heavy industry seems an unlikely path towards launching a new café, but perhaps resilience and adaptability is just the tonic needed for success in hospitality during the current climate.

Dylan Connell is the owner of The Brekkie Box, a converted shipping container in High Street Wodonga, which opened the first week hospitality venues were closed to indoor customers. When we spoke to him in March, despite the uncertainty, he remained positive. 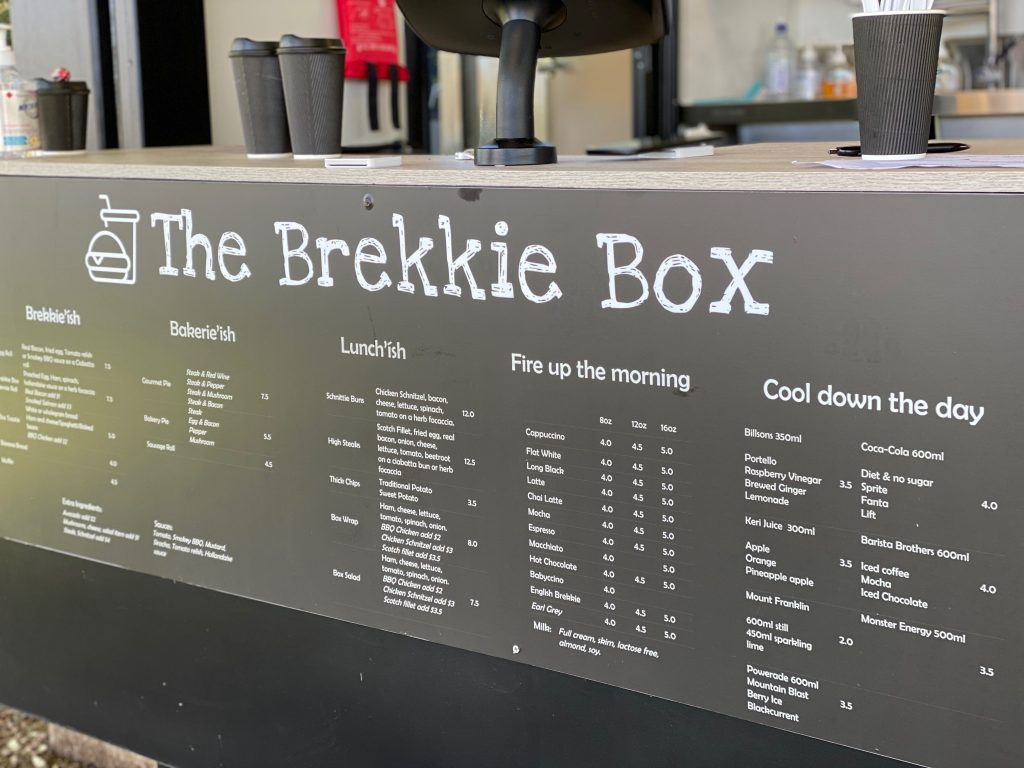 “We picked an interesting time to open the doors,” Dylan said.

“One thing in our favour was that we’re based as a takeaway grab-and-go style operation, so that certainly should help us.

“We’re learning as we go and we’ve just got to work with the situation as it is an unfolds. It’s thrown a different angle on it, but we’ve got a good bunch of staff with a lot of experience and that is the key ingredients to be able to launch.

“Feedback during the first few days was good and we’re slowly picking up as the opening week goes on. I even had to do an emergency run for extra bacon for our egg and bacon rolls which are quickly becoming popular.”

Now he’s had more than 10 weeks in business, it appears the risk has paid off.

“It’s been a big 10, 11 or so weeks and we’ve been very busy – growing steadily, and we’ve had a great response from the local community and we’re doing well considering,” Dylan said. 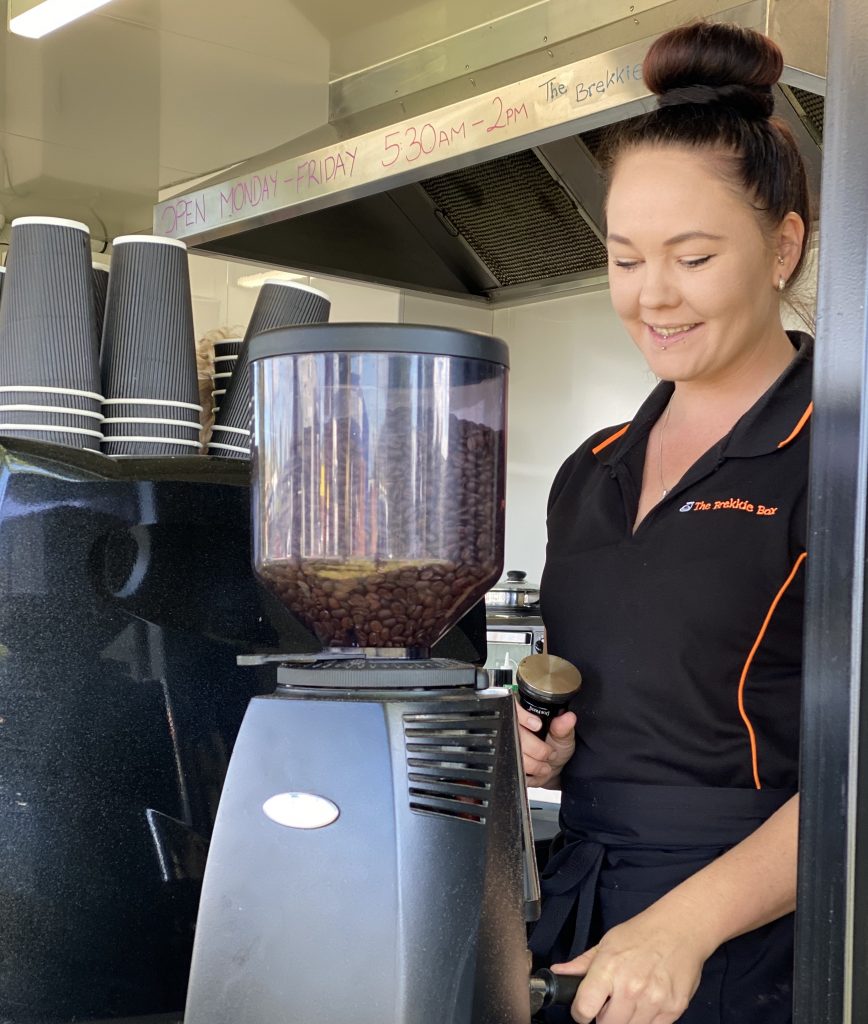 “There’s been a few more emergency bacon runs, but we’re settling into a routine. We’ve got a really good customer base, plenty of regulars – in the morning especially, and it’s been going well.

“The first couple of weeks we used around 5 kilograms of coffee beans, now we’re up to 25 kilograms so that’s certainly grown a lot – we’re pumping the coffees out. Our $10 bacon and egg roll and coffee deal has also been popular, really flying out the door.”

It seems the community has made an extra effort to support this new business in its infancy.

“Everyone has been so positive about us for giving it a go, saying ‘good on you’. That’s how we approached it, be positive, focus on what we can do and what we can change to suit the current climate which has been great.”

Dylan’s original vision has been to replicate The Brekkie Box in other locations.

“A number of years ago I got into the modified shipping container scene and it was always my intention to build my own and operate them and The Brekkie Box is the first of hopefully what will become many down the track.”