After a successful career as a professional golfer, Lindsey Wright has found a new direction and couldn’t be happier– but it hasn’t all been par for the course.

Kylie King caught up with her to reflect on her journey, life’s new challenges, and how she can relate to other athletes who struggle with the transition to life after elite sport.

Life as a professional golfer sounds glamorous, but after playing on the prestigious LPGA tour for ten years, former Thurgoona golfer Lindsey Wright knew it was time to give it all away.

“it was a huge transition coming back and all of a sudden, what do I do now?”

“At the end of the day, I found that I didn’t want to get up and practice,” Lindsey said

“In hindsight, I probably should have finished earlier, because I found I didn’t love it, not like I did when I turned professional in 2004.

“But it’s very hard to come out of that lifestyle.

“In this job, the players become your family, so essentially when you decide to leave, you’re not only leaving your job, but the family and people you’ve been around 24/7 for ten, eleven months of the year.” 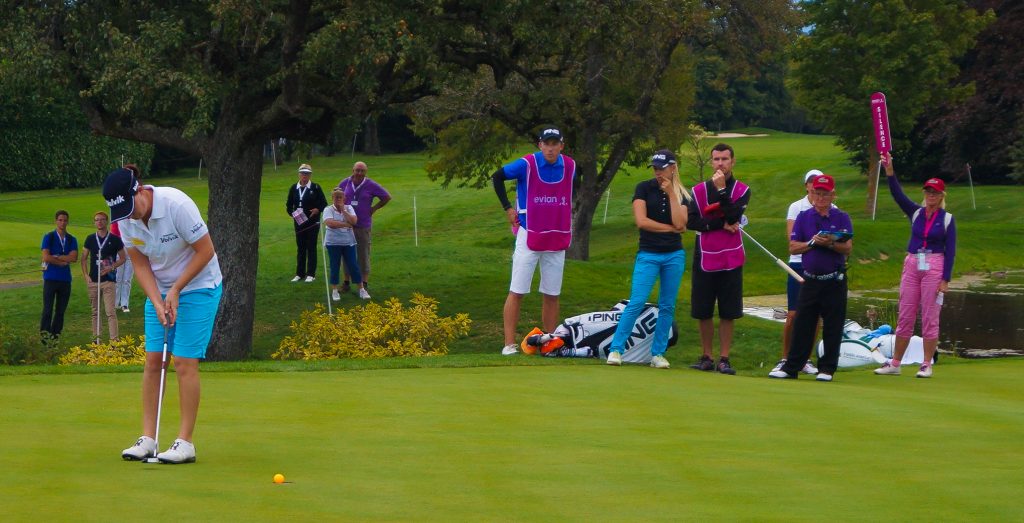 When Lindsey returned to Australia in 2015, it didn’t take long for her to pursue a new challenge – doing a university degree.

“I always wanted to work in medical and thought about becoming a paramedic.

“I was accepted into nursing in paramedicine in Canberra, but I’ve changed my degree to focus on nursing which I am really enjoying.

“The first week was really bloody nerve-racking. I thought, I am going to be the oldest here, studying with 18 and 19 year olds.

“But having the maturity and the discipline of golf has really helped. The greatest lesson I ever learned – was to be organised.

“At the start of my golf career, I used to be that person at the airport who’d arrive five minutes before check-in closed and I’d get stressed out, now I’m very organised and have essays finished ahead of time.”

Although Lindsey is enjoying her new direction and focus, she can relate to the struggles that many elite athletes have when their sporting career is finished.

“I was sitting with dad last year and I said there needs to be a program to help.

“People might laugh at it, but for me, I lived in America for 15 years and coming back, I knew nothing about taxes, Medicare, health – even those simple things and that’s just the basic financials, let alone the mental transition.

“You look at Grant Hackett and what he’s going through.

“I’m just a golfer and personally it was hard for me, it was a huge transition coming back and all of a sudden, what do I do now?

“It’s a shame with sport, because you’re done at a certain point and you don’t know if it’s going to be an injury or you lose your edge. Some are fortunate to continue and some have that fantastic support behind them.”

“My advice to others is you’ve got to trust yourself, but have that courage to do it”

Lindsey counts herself lucky to be studying and focussed on a new career that inspires her.

“When I was leaving the tour, some of the girls I played with and went through college with said they wished they could leave.

“You could tell they were fed up. They were 35 years of age and have been playing golf since they were ten.

“One of my mates said, ‘you’re so lucky, you always want to try different things’. 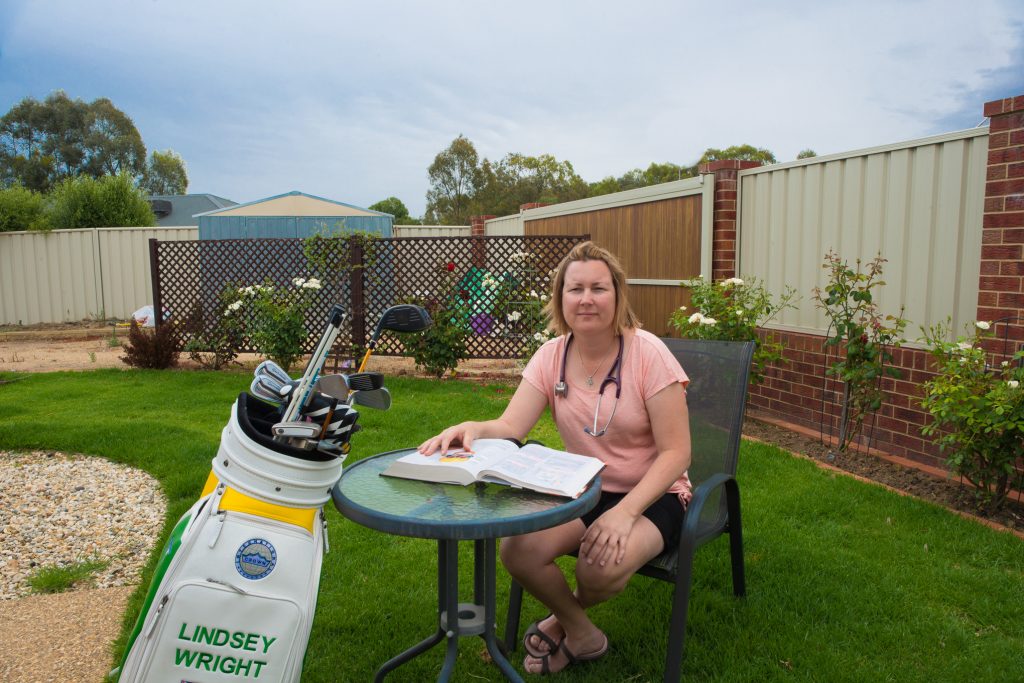 “My advice to others is you’ve got to trust yourself, but have that courage to do it.

“I know a lot of people get fearful, maybe stuck in a job they don’t like, and there is that element of fear – but just like that first week of university was so terrifying for me, you just get through that and you’re on your way.”

There’s no doubt the determination and passion that helped Lindsey carve a ten-year career on the LPGA tour will serve her well in this next chapter of her life.