Moving away from the black and red, the Freightliner Racing Commodore takes on a bright white and silver look, with a new shade of red.

Slade had a successful 2016 on track, claiming his first back-to-back race wins for the Albury based team and finishing in the top ten in the championship.

“We didn’t put too much pressure on ourselves last year,” Slade said.

“We always wanted to do well and aim for the top ten. We achieved some good results, and this year we’ll be looking to build on that and be more consistent with our speed and good results.” 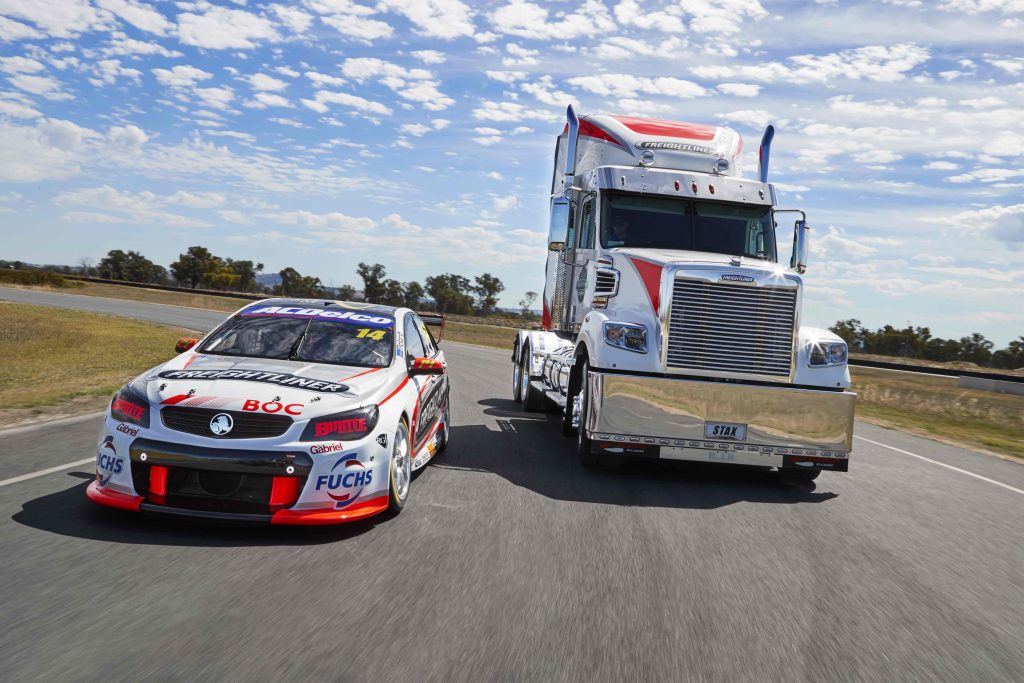 Freightliner Racing also revealed its new Freightliner Coronado transporter. Going by the name ‘Stax’ the transporter has a popular social media following by Supercars fans for the scenic photos it stars in when travelling to and from events.

Slade will put his new Supercar through its paces for the team’s first test day at Sydney Motorsport Park on 21 February, before the opening round of the championship on 2-5 March.

For more on Freightliner Racing visit their website: http://www.freightlinerracing.com.au/

You can view their livery launch video below: