Often the most successful businesses are born from desperation and determination, and so it was when J.G Arnold, armed with little more than a wheelbarrow, carted vegetables to the households of central Albury in 1892.

As Arnold’s Fruit Market celebrates its 125th year in business, fourth generation family member Louise Arnold spoke to Border Cafe and reflected on the hardships, innovations and successes of this family business.

Can you describe the entrepreneurial spirit that J.G Arnold must have had in those early years?

My great grandfather J.G Arnold needed to provide for his wife and seven children (at the time – they went on to have eleven children!) and after losing his job at Walla Walla.

His father had died recently and he received a small inheritance. We believe he used that to buy potatoes, pumpkins and onions and a wheel barrow, later progressing to a horse and cart. 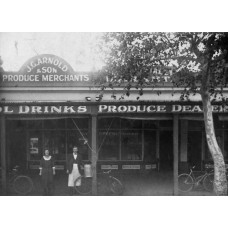 He then opened a small shop in Wilson St Albury (opposite Sodens) and then a larger store in Olive St.

He understood the need to advertise and a printed advertisement in the Border Almanac in 1897 still survives today. It said:

Before he died in 1929, J.G had taught his children to work hard and look after the family. All his nine daughters worked in the business (the retail store Olive St Market had opened by that stage) with his two sons working beside him in the Wholesale side.

“It made for a tough time to keep the business going, especially when the army would come in and commandeer all our potatoes!”

Once his daughters were married they were not allowed to work in the business any longer. He was very strict on this as he believed they then had a husband to look after!

His daughter Rose stayed working in the business over 35 years but she never married! I am the first Arnold female to combine working at the family business, marriage and motherhood!

What stories about the early days of the family business have stuck with you over the years?

When the business began in 1892 there was a terrible drought and four banks closed their doors in Albury. J.G Arnold managed to get though that first year probably by remaining small and working hard. 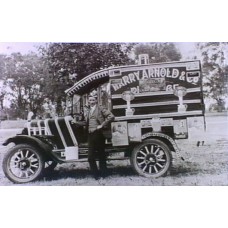 A lot of our male staff went on to fight in WWI and WWII, many female members of the family stepped up. It made for a tough time to keep the business going, especially when the army would come in and commandeer all our potatoes!

What do you think has been the secret to business longevity? 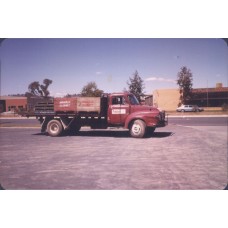 We were also one of the first Albury businesses to do deliveries in a motor vehicle in the early 1920’s. Our biggest customer at the time was the workers’ villages at the Hume Weir which needed to be supplied food as they constructed the Weir wall.

In 2002, my father Paul had researched online shopping and decided that we could offer this. Dad couldn’t even turn a computer on, but he had learnt from his forefathers to stay ahead of the game.

Arnold’s Online is now in its 15th year.

We have been blessed with an incredible amount of staff that has grown with us over the years. We currently have two staff members that have been with us 35 years, Roger Arnold has clocked up 40 and I have just celebrated 25 years.

What impact has Arnolds had on the community that many people may not realise?

JE Arnold (Jack) was especially interested in playing tennis. He was president of the Albury and Border Lawn Tennis Association in 1929-1934. He helped its annual Easter competition to become one of the largest events in Australia.

In 1933 JE offered to loan the Council 500 pounds to lay 22 grass courts for the first time at the Albury Sports Ground.

Arnold’s has been a great contributor to countless sporting associations, clubs, schools and families over the decades. 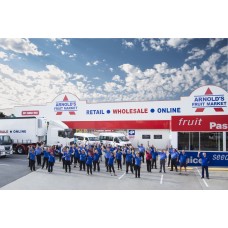 What are you most proud of about the business and what it has achieved?

It’s hard to go past the longevity of the business and how we continue to grow even with the constant competition of the big chains. That tells me that the people of Albury Wodonga support local family businesses. I am very proud to be part of the community that supports our family business.