Cheese fans have reason to rejoice with some of the most divine organic, hand crafted delicacies right on our doorstep.

How do you describe the yumminess on offer? Read on….

“… its texture is fudge-like at the interior and oozing closer to the rind, with earthy flavours and a desire to be paired with a crisp pinot gris …”

Meet The Bon Accord – named after the Bon Accord Spur at Mt Hotham. This is just one of five local cheeses offered by the newest and arguably most delicious player in cheese this side of Melbourne, The Peaks Artisan Cheesemakers – and they’re on the move!

After a flying start in November last year, Luke Armstrong and partner Vanessa Lipscombe will say goodbye to their current home at Wandiful Produce in Wandiligong, trading the cozy, century-year-old produce shed for the thrill of the road!

With the wind in their hair and cheese on the brain, The Peaks team will add to their current rounds of farmers markets and events, filling in the gaps locally and reaching further into NSW and Victoria.

The move is made possible thanks to the immediate success of their devil-may-care cheeses, of which Luke humbly attributes a great portion to ‘the farm over the hills’.

“We use organic, ‘single origin milk’, from one farm in Dederang, just over the hills,” Luke told Bordercafe.com.au.

“The farm has a small herd of dairy goats, about 15 goats they started for us, plus 100 Normandy cows. Normandy cows are fantastic for cheesemaking, especially the sort of cheese we make as they have a very high butterfat content. They’re known for making the most famous French cheeses, like Normandy Camembert.

“They’re also organic – that’s so important to us. The less pesticides that are thrown around the better as far as we’re concerned. We like the idea of preserving the microbial ecology of the farm to have that true taste to place.” 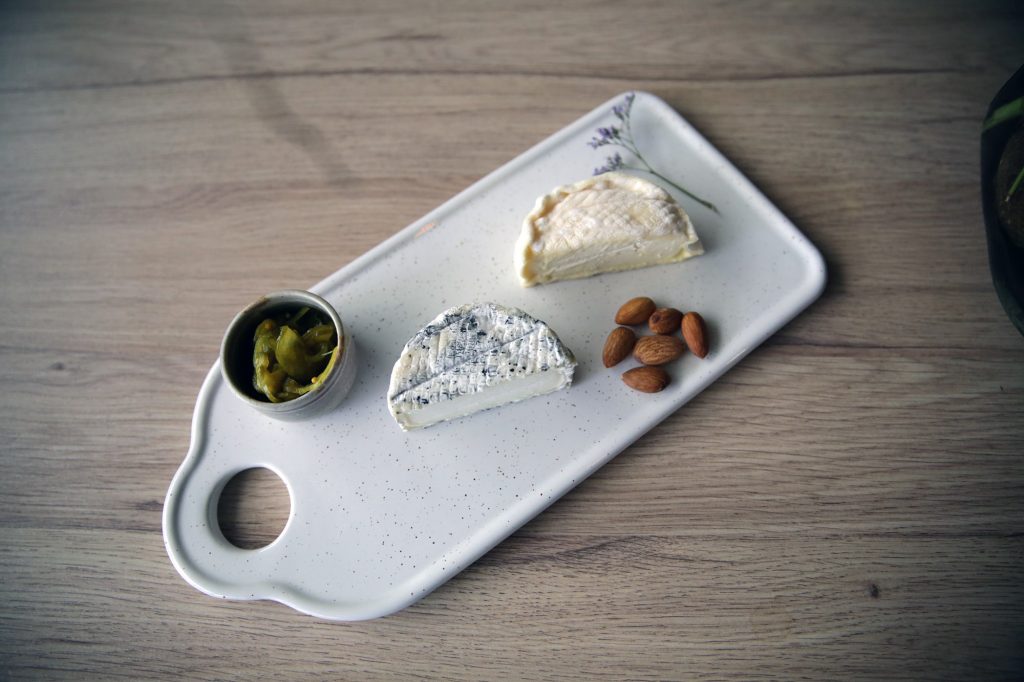 “We want to focus more on our cheese and it’s a bit too much to do both,” Luke explained.

“The end goal is to have our own cellar door again, but a way down the line, and to be smaller – more specifically focused on a range of really high quality, organic cheeses.

“We also hope to branch out into raw milk which is of growing interest to us.”

And it doesn’t stop there.

“We want to be part of the improvement of the Australian cheese industry, be at the forefront of positive developments in the industry and increasing the quality overall,” he said.

“If we could be a part of that, it would be fantastic.”