Carl Robinson was attracted to a career in tattooing back when it was considered very taboo.

He’d always been fascinated by tattoos and the people who wear them. Their freedom of expression.

“I’ve always known my career would be in art, but the reason I chose the life of a tattooist has a lot to do with the rebellious side of it,” Carl said.

“You become part of a community outside the norm. I’ve always found that very appealing.”

After running his own custom tattoo studio in Sydney and being a travelling artist working in studios all over the world, he’s spent the past few years working at Albury Tattoos on Mate Street. But now a new career beckons.

“Tattoos are becoming acceptable and that’s great, but where to now for the creative outcast?” explains Carl.

This year he and his wife established an online business Offensive Living, initially focussed on doormats.

“It started as a simple idea for our own front door before we realised a total gap in the market,” Carl said. 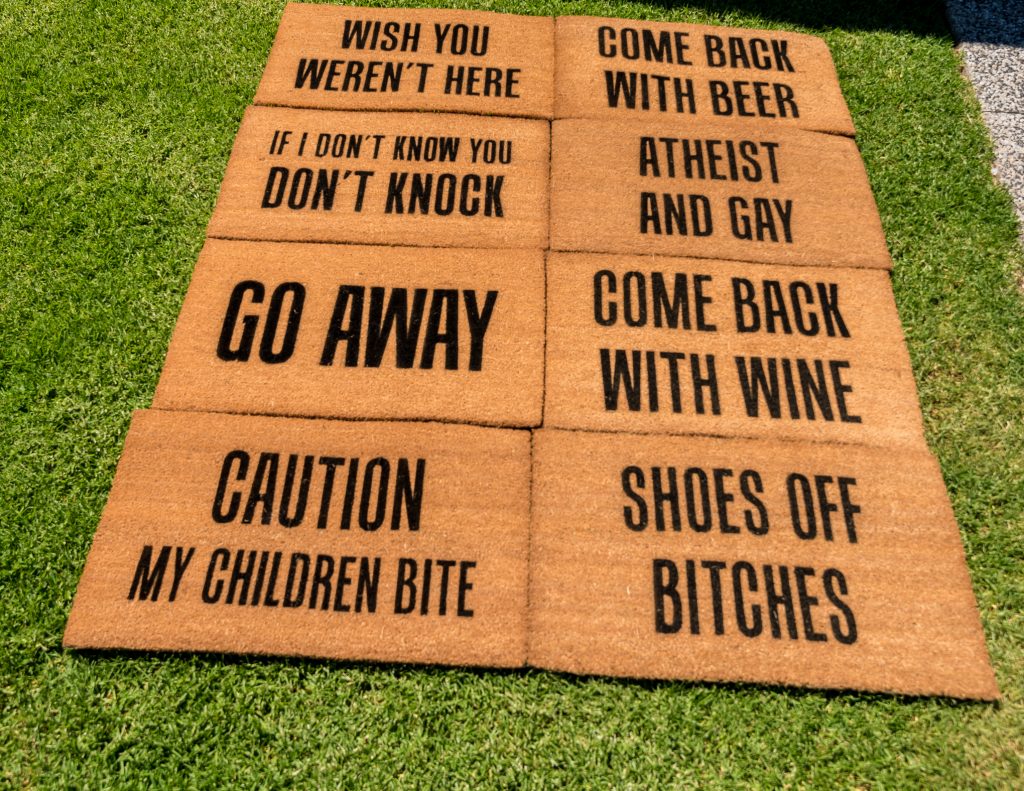 “With political correctness going wild, it’s nearly impossible to find products that go against the grain. I established Offensive Living because I wanted to do something I believe in and this is it!

“At Offensive Living we believe that everyone should be able to make a statement in their own home, whether others agree with it or not.”

Many of the doormats for sale on the Offensive Living online store feature very blunt, colourful language, which has really resonated with customers.

“I think there are a lot of people out there, like us, who are tired of other people being unnecessarily offended by everything,” Carl said. 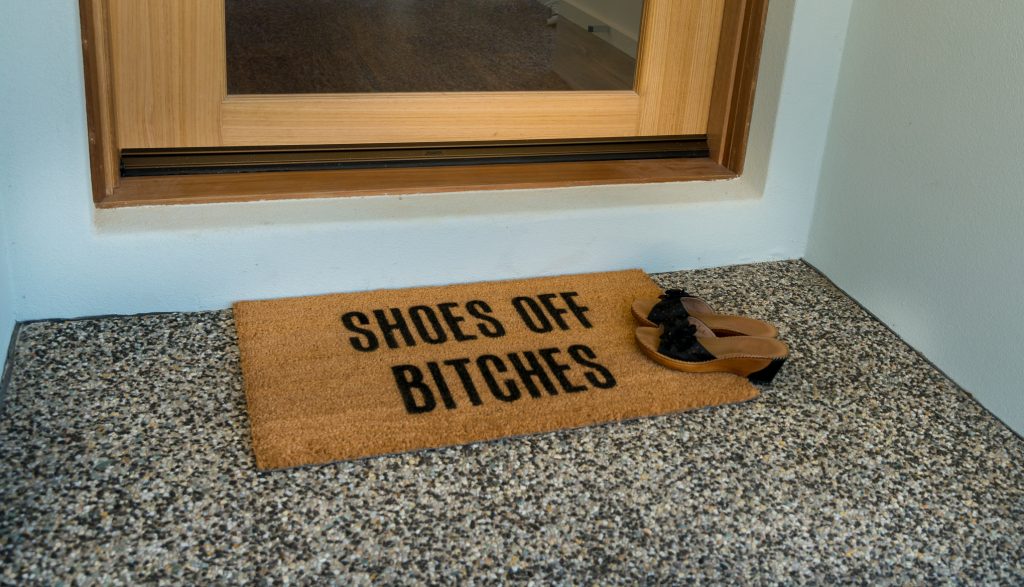 “We already have a huge following that love our products and our ideology. We always thought it would go well, but the response has exceeded our expectations.”

Carl’s new venture is part of a growing trend of entrepreneurs mixing regional living with a national or international online business.

“The main reason we moved to Albury was for the relaxed lifestyle, so being able to run Offensive Living online makes it possible to keep both,” Carl said.

With the early success, it’s given Carl the confidence to grow the business further.

“We will be extending our cushion range and we’ve also just released the first of our Chicano tattoo inspired range of doormats, all of which are based on my own hand-drawn designs.

“Looking to the future, we have plans for many other product ranges and ultimately we are hoping to expand internationally.”

Meantime, for those thinking of a last minute gift for a rebellious friend or family member this Christmas – here are Carl’s recommendations.

“Haha, the top selling doormats are ones we can’t mention in this article (due to swearing) – so people will have to visit our website or Facebook Page to see those. However, I recommend: